Today, MetroPCS announced yet another addition to its stable of prepaid Android smartphones. One of the pricier off-contract handsets, the device retails for $459. So, what do you get for a significant portion of your rent for the month? Well, for a Metro PCS phone, it's actually a pretty decent spec list:

*Note: It's a little unclear what they mean by "32GB of external memory." The device's spec page also lists a 16GB memory card, so it may be that the device has an SD card slot that supports up  to 32GB, but only includes a 16GB card. Either way, it is phrased poorly. 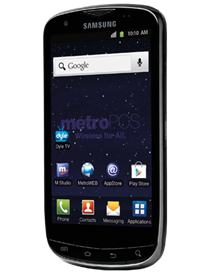 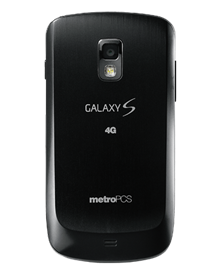 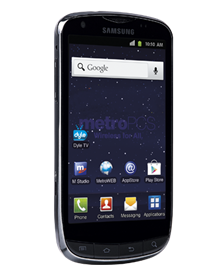 All that being said, it's a pretty decent device for Metro PCS. Even if it does violate at least two commandments. It may be more expensive as an unlocked phone than the superior Galaxy Nexus, but what you spend in device hardware, you more than make up for in cheaper plans. The Lightray is available for purchase now from Metro PCS's site.

The Samsung Galaxy S Lightray 4G will be also the first smartphone in the U.S. to offer live, local broadcast television with Dyle™ mobile TV. Dyle mobile TV keeps consumers informed and entertained while on the go and allows them to watch local and national sports, news and entertainment broadcast programming on their mobile phones. Access to the Dyle mobile TV service will be offered in select markets and at no additional charge to customers on a MetroPCS 4G LTE service plan. More information about Dyle mobile TV is available at http://www.dyle.tv/ and the Dyle coverage map is available at http://www.dyle.tv/using-dyle/coverage-map/.

The Samsung Galaxy S Lightray 4G is available in MetroPCS stores and online at www.MetroPCS.com for $459 plus tax. More information about 4G LTE Mobile Hotspot is available at http://www.metropcs.com/4GLTE-mobile-hotspot.

[Deal Alert] HTC One X Drops To $79.99 On Amazon Wireless And Costco With New Account Or Upgrade [The Android Police Podcast] Episode 21: Buffering You Into Purgatory