Well, this is...odd. To say the least. Tonight, Negri Electronics, which is a well-respected and reputable dealer in consumer electronics, tweeted the picture of a partially-unboxed Galaxy Note 10.1, claiming that the device "Ships 8/3", and included the hashtag "#beforefirst." It's a little unclear what "#beforefirst" means. Maybe Negri gets to ship the product before everyone else? Or is it that pre-orders are starting? You can pre-order on Negri's site right now, so maybe that's it. However, the ship date of tomorrow sounds, well, sudden. 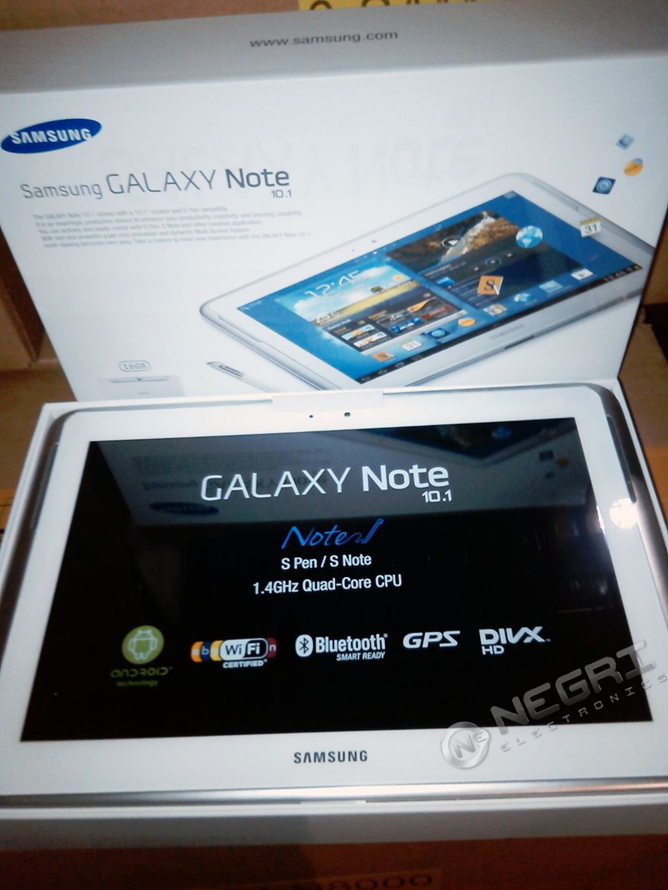 For starters, there are not one but two Samsung events coming up in the near future. At least one of them is explicitly Note-related. We've been hearing about this slate since February, and in that time, it's gone through one or more hardware revisions and quite a few delays. It would certainly be unprecedented if a single retailer like Negri got exclusive rights to ship a major flagship device like this ahead of more recognizable brands like Best Buy or Amazon. Even more unprecedented would be shipping the device with nary an announcement of the launch at all. Especially with so many good opportunities to do so on the horizon.

It could be true. It could be a mistake (social network managers for companies have been known to do that). It could be part of a larger tease we don't yet fully understand. Suffice to say, though, whatever the truth is, we'll find out about it on August 3rd. Which is minutes away.

Chameleon Launcher Beta Arrives To The Play Store For Pre-Registered And Kickstarter Users ...