Update: We've received confirmation from Google that shipping is underway for pre-order customers.

We've just received information suggesting that some Nexus Q's have begun shipping to customers who pre-ordered the device before Google announced yesterday that its launch had been suspended while the device was reworked to not be quite so useless. All pre-order customers were promised their Q's "soon" and free of charge, and apparently when they said soon, they meant it. 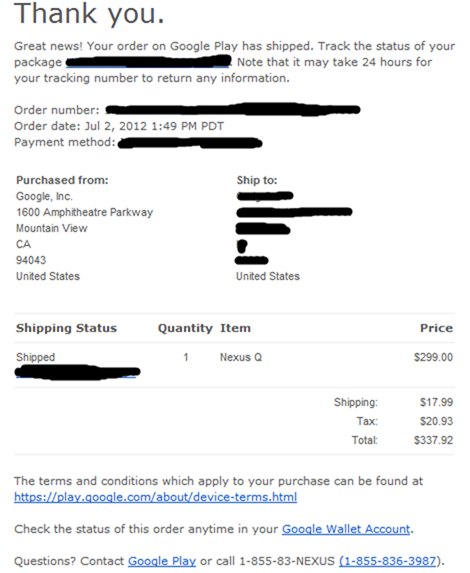 We've reached out to Google for confirmation, but this seems like pretty solid evidence to us.