When you're creating a game, there are a few key things you need to include: a good atmosphere (be it an intriguing story or just some wildly immersive effects), good gameplay mechanics, and a good hook. What's going to grab the users' attention? Well, for Gears and Guts, all three of those requirements can be summed up with "driving cars into zombies." Oh, and did I mention there's a sweet soundtrack to go along with it?

This game ditches any attempts at a story and simply plops you down in a nice little town that's being overrun by the undead, hands you the keys to a muscle car and says "Now have fun." Gears and Guts offers the user the choice of either touch or tilt controls, which is an absolutely lovely change of pace from games that either force you into one or another. Oh, by the way, there's blood. Lots of blood.

It's not all bumpers and bones, either. In addition to ramming your vehicles into kneecaps, you can also earn bonus weapons, vehicles, and "Glu Credits" to upgrade your arsenal. Glu Credits can either be earned through gameplay or "special offers" (as in the "Would you like to buy/sign-up for this thing?" variety). Purchases with the in-game currency allow for new weapons, but as a bonus, every day you can get a new free item from the store. Some items may not be usable—for example, you may receive a weapon for a vehicle you can't afford—but any spare items you have can be sacrificed to upgrade existing items. It gets a little complicated (when your machine gun has an XP bar, you have to expect confusion), but ultimately, this is still just peripheral stuff. The main thrust of this game, namely thrusting your bumper-mounted spikes through zombie flesh, is still solid.

Gears and Guts is free on the Play Store. In addition to the Glu Credits mechanism, the game is supported by some very-intrusive-on-occasion ads. 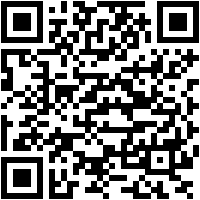 Julie Uhrman, Founder Of OUYA, To Host A Reddit AMA Starting At 10am PST

GLBenchmark 2.5 Released, Brings Support For 1080p And A New Version Of The Egypt Benchmark