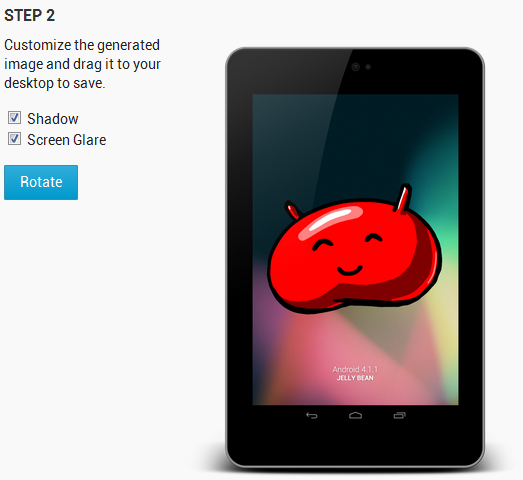 The only bad news is that the Device Art Generator only includes frames for the Nexus S, Galaxy Nexus, Nexus 7, and Motorola Xoom, excluding the devices added to the Frame Generator in its last update. That being said, those looking to create great artwork with their screenshots for the Galaxy SIII, Galaxy Note, or Galaxy Tab 2 7.0 can still access the old generator here.

To see Roman Nurik's announcement on Google+ or to check out the Device Art Generator for yourself, just hit the appropriate link below.