Slowly but surely, Samsung has been pushing ICS to several devices in the Galaxy Tab series, and it looks like today's the day for the Wi-Fi (GT-P7510) in the UK and the 3G version (GT-P7500) in Italy. The long-awaited update brings not only Android 4.0, but also an updated version of Touchwiz UX that's quite similar to the newest Tab 2 series. 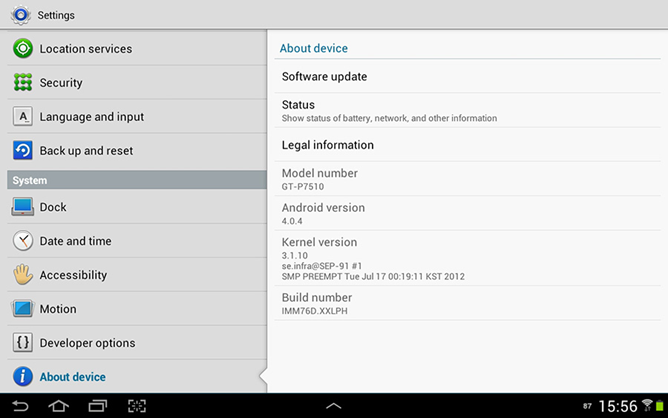 We expect that the update should become available in other parts of the world quite soon, but there's no official word as to when that will happen.

The update is rolling out OTA-style right now, but it can also be pulled via Kies.

Get Your Entry-Level On: Verizon Announces The QWERTY-Packing, 'Dual-Interface' Pantech Marauder

Ouya Partners With Square Enix, Final Fantasy III Will Be Among The Platform's Launch Titles