When crowd-favorite zombie shooter Dead Trigger decided to drop its price from $0.99 to free, citing concerns over piracy, the tech world renewed its interest in an age-old debate: how bad is piracy for developers? Of course, any lost sale is money out of a developer's pocket (though it's important to distinguish between downloads and lost sales). However, the question should and needs to be answered: just how bad is the piracy problem on Android? 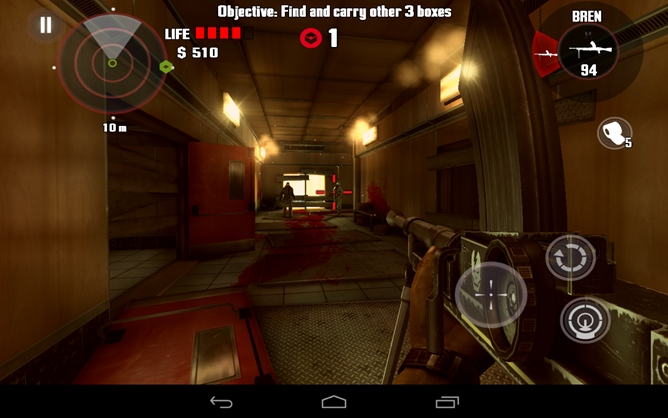 Dead Trigger provides an interesting starting point. The developer, Madfinger, notes that its previous game Shadowgun experienced a rather high level of piracy when priced at $8. Given that this is on the higher end of game prices, it's not entirely surprising that the piracy rate might also be on the high end. However, when the company released Dead Trigger for a buck, the company expected that the piracy rate would decrease along with the price. Turns out, that's not so! In fact, according to Madfinger, despite the bargain bin price point, the piracy rate for the app was still at a whopping 80%.

The evidence would seem compelling at first glance. How do you argue with an overall average piracy rate of 80%? Well, as it turns out, the developers of Wind-Up Knight found a way. A series of tweets that began here (and were handily collected on Google+ here) from a Wind-Up Knight developer pointed out that the game's piracy rate on Android was a meager 12% on Android and 15% on iOS. Yes, that's correct. According to this one developer's anecdotal evidence, the piracy rate was actually higher on iOS than on Android.

Those numbers represent the piracy rate after Wind-Up Knight became a free app. Prior to that time, when the game was a paid app on Android and iOS, the piracy rate was actually a lot higher. Closer to 80%. Sound familiar? Yep. That's a lot closer to the rate that Madfinger witnessed for Dead Trigger. Another common feature: both companies report that nearly 100% of their Chinese customers downloaded the app illegally(in Dead Trigger's case) or that nearly 100% of the overall pirated copies originated in China (in Wind-Up Knight's case).

The Chinese data is a significant data point. It also raises the question of why. Why is the piracy rate so high for China? And just how much does this rate inflate the piracy numbers for the rest of the world? The answer to the first question can be found here. This is a list of countries where the Google Play Store supports paid apps. Notably absent is China. It's a generally accepted principle in the fight against piracy that one of the best ways of reducing piracy is to provide an easily accessible paid alternative. In China, at least via Google, there is none.

It's also worth pointing out that this is entirely on Google to fix. It's obviously in Google's best interest to make paid apps available in as many countries as possible, and we can only assume Google is working with relevant organizations to enable this. Google and China may have had their differences in the past, but the two still conduct business as usual in most areas. A conspiracy theorist might wonder if Google would have particularly difficulty getting paid apps running in the world's most populous country due to the sometimes strained relationship between the two, but that's all just speculation at this point. 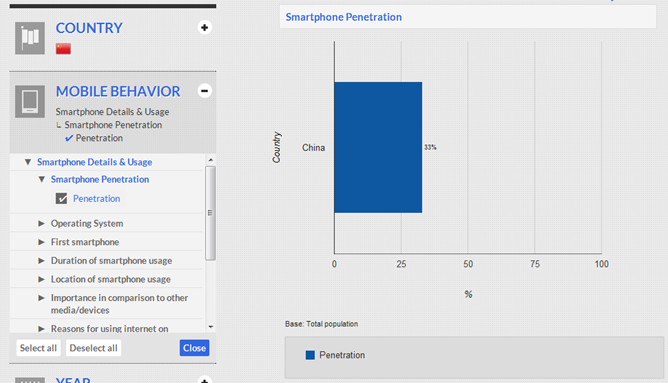 What's not speculation is the effect that piracy in China can have on worldwide stats. According to market research company Ipsos, 33% of Chinese citizens own smartphones, and of those 38% of smartphone owners use Android. In a country of over 1.3 billion citizens, that comes out to close to 170 million Android users. Or nearly half of all Android users ever. This information is somewhat extrapolated and only from one research firm so it might not be perfectly accurate, but the broader point is clear: there is a considerable number of Android users in China and none of them can pay for Android apps.

This, more than anything, is the real problem with paid apps on Android. Until Google manages to get paid apps available in China, these incredibly lopsided statistics will continue to be common. Despite any new app encryption. Even once paid apps are allowed in China, Google may still have its work cut out for it, as it's not uncommon for developers to simply bypass the Play Store entirely, distributing apks to consumers directly.

Is Piracy Really Harder On iOS?

The argument will, of course, be made that perhaps what Google needs to do is lock down the system. After all, how easy is it to sideload an app? All you have to do is go into Settings, enable third-party apps, download an apk and install it. On iOS, in order to download an app, a user would be required to jailbreak their device. Jailbreaking is, admittedly, a higher barrier to pirated apps. It voids your warranty and some users may be put off by some complex-sounding terms. On the other hand, sites like jailbreakme.com make it stupid easy to jailbreak an iDevice, and because iOS only has a few devices that all run the same OS, it's possible to have a single, always-up-to-date article with instructions on how to do it.

Video on how to jailbreak an iOS device running 5.1.1. This video is a little over one minute long.

Of course, this is all hypothetical talk. It may not be that much more difficult to jailbreak an iDevice than to sideload an apk, but do people actually do it? Wind-Up Knight's numbers are anecdotal. Only one developer's perspective. However, WDK numbers do at least highlight one significant point: if the piracy rate on Android was 15% and iOS was 18%, then neither platform is a hotbed for piracy. If this were the case, there should be much larger discrepancies between the numbers than three percentage points.

Unfortunately there isn't much data to confirm that domestic piracy rates are really this low. Any developers are more than welcome to submit information about their piracy rates if they'd like to help clear the air, but when the newest version of Android promises apk encryption to curb piracy, and we can see a staggering percentage of Android users who are simply unable to pay continue to go unserviced by the platform, it becomes difficult to stomach the already tenuous notion that 9 out of 10 people are just dicks.

Where Do We Go From Here?

The first step should be to dispense with the bickering over which platform is better or worse for piracy. They get us nowhere. While the two platforms may have wildly different philosophies on how to approach piracy and security, ultimately both boil down to a few clicks to get around the walls. It's not hard.

What is hard is getting 170 million users the ability to pay a developer on the other side of the world. It may very well be Google's fault that developers see such high piracy numbers for their apps, but it's not for the reasons you might think. Until the problem is fixed, however, there's nothing that developers can do about it. Dropping the price of an app, pursuing in-app purchases instead of a one-time price tag, or complaining on the internet won't do any good. Google needs to sort out paid apps in China (and several other countries, by the way) before piracy numbers like 80% will be removed from headlines.

Oh, and one other thing: if an app is a dollar, don't be a dick. Pay the money. And if you can play the game without spending money on in-app purchases, maybe it's not the worst thing in the world. Developers have to eat, too.

ICS Now Rolling Out To The Sprint EVO 3D