I make no bones of the fact that Amazon's MP3 service is my favored music playback option on Android, and the service just got a big update to compete with its primary rival - Google Music. The general changelog is here, but it's a little difficult to parse, so I'll give you the gist. 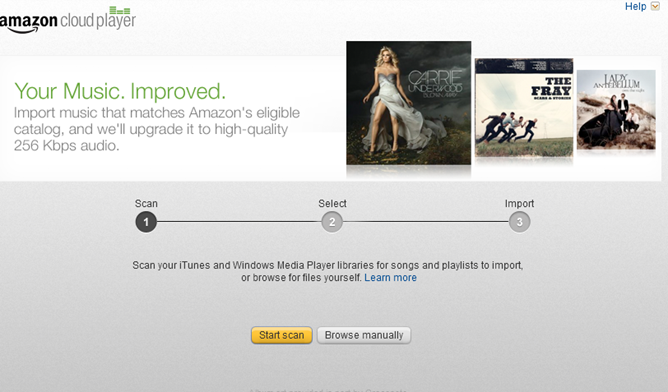 The Android app has been updated as well, though the changes are basically just things required to make it compatible with all this new stuff, apparently.

This certainly gives Amazon MP3 another leg up on Google Music, and even iTunes. Amazon has also introduced a new pricing tier as part of the update - $25 a year for 50GB (250,000 songs) of storage. For those of you keeping track at home, that's about $2 per month, which is less than what Google charges for 25GB of its own unified storage. The 20GB option is $10 a year. The only drawback is that the free version of Cloud Player now only allows for you to have 250 non-Amazon MP3 tunes. Be sure to check it out - I know I'm really thinking of dropping that 25 bucks and never looking back at Google Music.

HTC EVO Design 4G Gets Bumped Up To Ice Cream Sandwich, Just Like Its Big Brother