Remember Casio's take on the rugged smartphone, known as the G'zOne Commando? It seems that while everyone else on the planet may have forgotten all about this little guy, Verizon has somehow managed to squeeze another software update out of Casio for this all but forgotten loner. 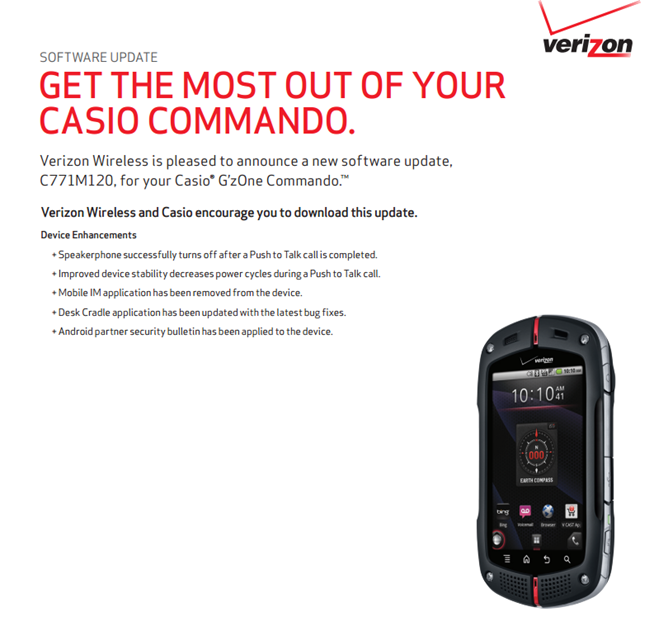 So, what's the update all about? Just a bunch of random bug fixes and the like, actually:

They even took the time to throw an almost unheard of reverse-bloatware fix in this update. In the realm of sentences I thought I'd never say/type: good for you, Casio.

Marbles In Wanderland! Has Cats, Rabbits, Ninjas, Lasers, And A Bunch Of Other Words You Love