When we first heard about Ouya, we were excited. We were also hesitant. While a dedicated console for $99 with its own controller, a Tegra 3 processor, and Android games optimized for the big screen (not to mention free versions or demos of all available games) sounded brilliant, there was the question of longevity. How could this thing continue to hold up once Tegra 3 processors weren't the norm? Well, here's one answer to that question: OnLive support is now going to be built in. If I could whistle via text, I would do so presently.

What this means for gaming is that, even when that Tegra 3 processor gets old and dusty, you'll still be able to use your Ouya console to stream HD games from OnLive's cloud servers directly to your console. It also means that even if developers never really pick up support for Ouya, you can still buy a $99 console with controller and enjoy games like Arkham City, Saints Row: The Third, and Deus Ex Human Revolution on your television. That sound you just heard? That was the sound of Microsoft and Sony crying out in terror.

Oh, and then there's the matter of the controller. Ouya showed off the latest version of its controller today. The company is quick to point out that the design process is not finished, but here is what the almost-finished product will look like: 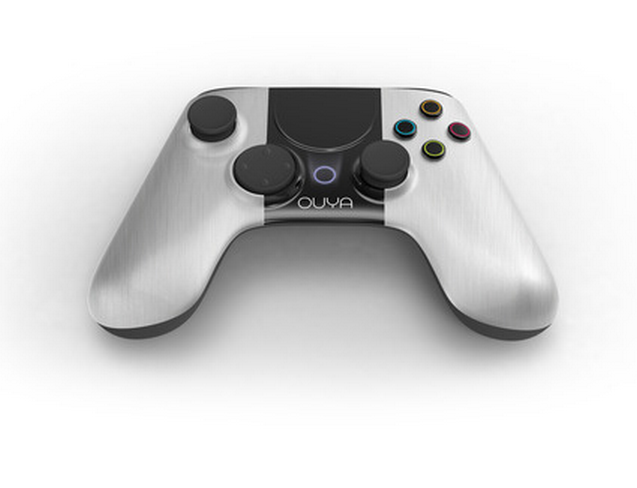 Not a bad controller, we must say. Notably, the colored circles are not complete. The company says they will find a solution that works for colorblind users as well. Which means they're trying to come up with something that doesn't tread too closely on to Sony or Microsoft's turf in terms of button distinctions while still being useful. That being said, so far the design looks great. What will be even better, and may still take some time to ensure, is if this controller will be fully compatible with OnLive services. OnLive has its own controller available, but there are some very key differences between the two, and it's unclear just how compatible these two would be together.

Still, if you weren't excited about Ouya before, there's plenty of reason to get excited now. It may just be time for another few independent companies to turn gaming on its head. After all, it worked out pretty great when Steam did it.