Rounding out the list of budget Android handsets for which details emerged overnight, it looks like Samsung will be releasing the Droid Charge look-alike Galaxy S Lightray 4G to MetroPCS in mid-August.

The Galaxy S Lightray is not your average budget device, though – besides a 4.3" Super AMOLED Plus display (carrying an unknown resolution), 8MP rear camera (with flash), 4G LTE connectivity and (maybe) a 1.3GHz single-core processor, this phone appears to be packing a TV antenna for "Mobile TV" (evidently powered by Dyle TV). Besides that interesting inclusion, the Lightray will also feature HDMI out and a mobile hotspot capability. As Phone Arena points out, it looks like (from the shots leaked at Howard Forums) this device is set to launch with Gingerbread rather than ICS which, while perhaps less of a problem for budget users, won't draw too many hard-core Android enthusiasts to the device. 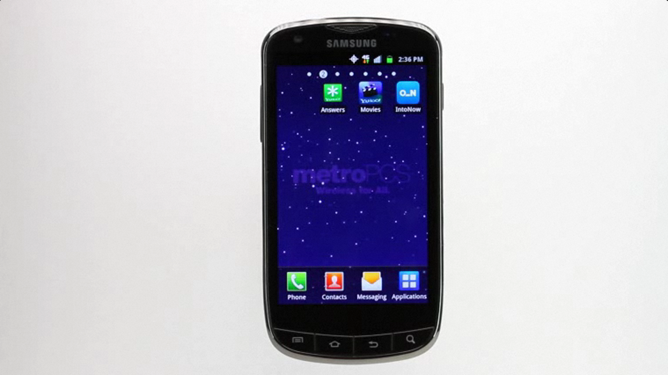 Right now it sounds like the device is slated for a mid-August release, though (of course) no official word is yet available regarding a specific launch target. For more information, check out the Howard Forums thread and FCC filing linked below.