Update 7/26/12: It looks like the JRO03H update was final after all and has now started rolling out to everyone. Grab your XOOM and taste some Jelly Bean (thanks, @Fdiazreal and @iphilluv).

The Wi-Fi XOOM Jelly Bean update is almost here - after a brief delay it's finally rolling out to a limited group of soak testers who volunteer to provide feedback and test release candidates early. If all goes well, we should expect a wide release probably in the next few days, although if you're feeling brave, you can attempt to flash the update zip over your stock IMM76 build using a USB-OTG cable and these instructions. However, so far those who attempted this manual update procedure were not successful due to the annoying apply_patch_space error we've also seen before on the Nexus. 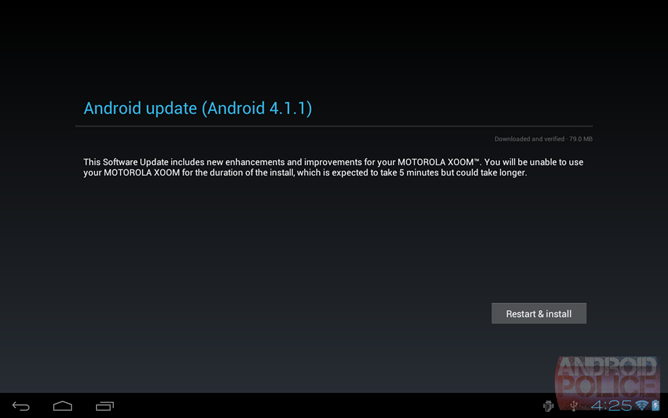 If you're currently using the Wi-Fi XOOM with this build fingerprint: motorola/tervigon/wingray:4.0.4/IMM76/292727:user/release-keys (check your build.prop if you're not sure), you can download the 79MB update file f85d815e2b75.signed-tervigon-JRO03H-from-IMM76.f85d815e.zip directly from Google or use one of our mirrors:

Again, the usual update instructions are here, though they may not work for everyone. 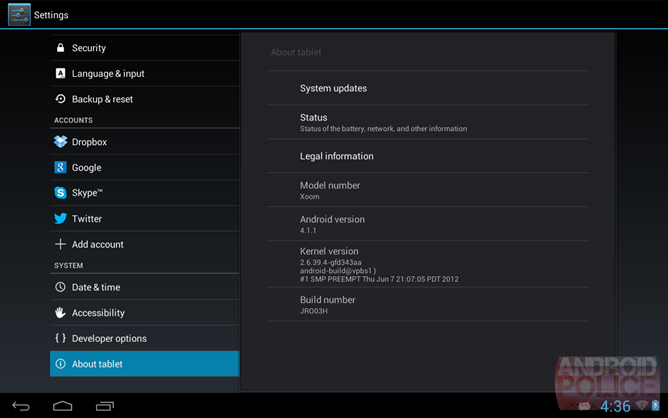