Way, way, way back in the day, when dinosaurs roamed the Earth and you couldn't say "pants" on television, video games came in these little plastic boxes and you had to blow magic breath on them to get them to work. Back in those days, the name Neo Geo might've been more readily recognizable, as would the game Blazing Star. For the uninitiated, Blazing Star is a side-scrolling space shooter. A lucky video appears!

You may not immediately recognize the game, but your life has probably been influenced by Blazing Star in some form or another. According to internet historians (bet you never thought that could be a job), this shooter is indirectly responsible for the "FAIL" meme. Regardless of the game's effect on the Internet's vocabulary, though, it's still a fun shooter with entertaining Engrish that has been lovingly preserved in the Android version.

The game costs $2.99 on the Play Store right now. It works on phones and tablets, and even includes a Bluetooth cooperative mode, so you and your friends can attempt to defeat the toughest stages together. So, if you're up for saving the universe, get it more from the widget below. 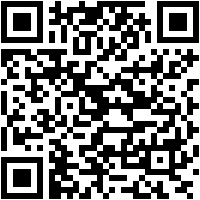