Superhero tie-in games are inevitable. But over the last decade or so, gamers have found that they're not inevitably bad. Spider-man and Batman have both had something of a renaissance on consoles, helping us to forget some truly awful licensed titles. Batman: Arkham Asylum and Arkham City have demonstrated that exceptional gaming experiences can spring from licensed titles, at least when enough talent, creativity and resources are directed at them. It was these two games, even more than its movie tie-in, that inspired Gameloft in the creation of The Dark Knight Rises for Android.

If you're going to copy something, a game that's been nearly universally applauded is a good place to start. The Dark Knight Rises brings reasonably open-world gameplay and a similar counter-based combat system to pint-sized hardware. Even the signature cape glide, grappling hook and stealth vantage points are present, albeit in modified forms for touch control. Dropping down from a convenient hidey-hole and knocking out an armed guard pushes the same mental buttons as in the above titles. 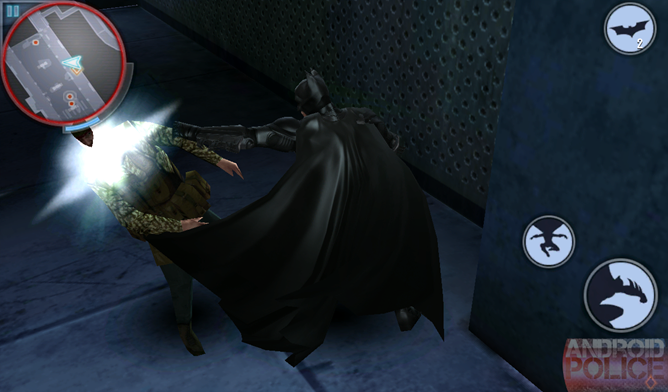 The plot, which loosely follows that of the blockbuster, takes a backseat to the action. Those hoping for a play-by-play of the social struggles in The Dark Knight Rises will be disappointed. But then, monologues on the nature of justice and the morality of compromise would hardly make for compelling gameplay. You'll get a story that intersects with the movie at key points, filling in with what boils down to a lot of fetch-quests and wave after wave of baddies. The puzzles presented include a hacking mini-game similar to Mass Effect, though the justification for some of them - like "hacking" into three separate power couplings to move a train - are a bit contrived. Small point: why does Bruce Wayne have to collect "credits" for power-ups? You'd think he could just, you know, buy them. 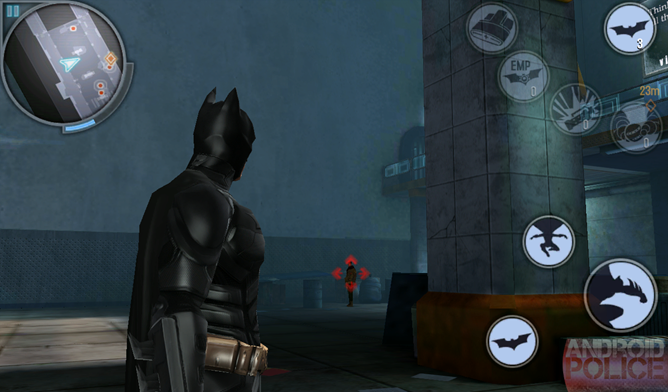 Unfortunately, TDKR features a few problems that are rather endemic to third-person action games with touch controls. Moving Batman around and keeping the camera at an appropriate angle is nearly impossible, unless you're blessed with three thumbs. And though Gameloft is copying Rocksteady in combat and gadgets, they can't seem to get the flowing movement just right - ol' Bats moves around as if he's had his back broken. Dispatching enemies is a fairly bland chop-socky affair. Though you're given plenty of trick batarangs to play with, none are as effective as a knuckle sandwich. In contrast, the vehicle segments are great fun, for the short time that they last. 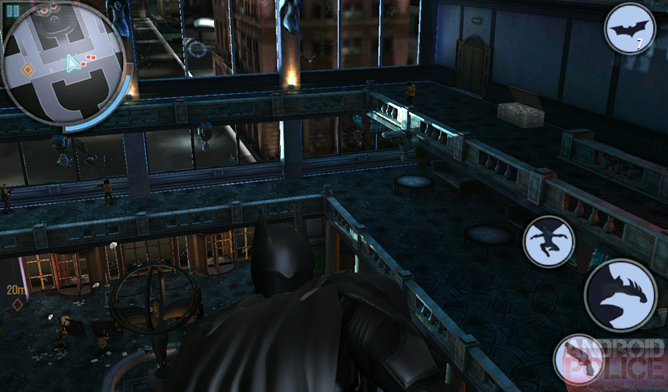 The graphics on the Android version leave a lot to be desired, at least once you get past Batman's costume. It seems that at any given moment half of the game's polygons are being dedicated to the various nooks and crannies of the Batsuit, leaving enemies and environments quite bland. Normally this wouldn't bother me, but when central characters like Selina Kyle and Bane look like they're made out of Lego, you've got some seriously unbalanced visuals. The voice acting is serviceable, though with the exception of the gravely Bale-Batman voice, none of the sound-a-likes are particularly convincing. At least the game is fully voiced. 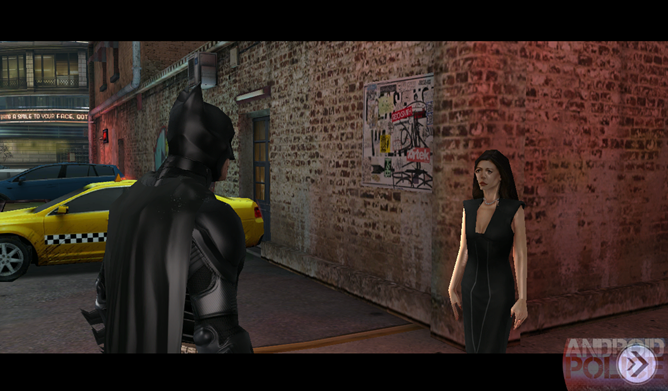 The Christopher Nolan series of Batman movies take a pretty serious attitude to the caped crusader, and that follows over to the Android game. You won't be beating up on giant crocodiles or dodging murderous plants; here you're mainly stepping out around Gotham and beating up thug after thug. And while that makes for a gritty and almost believable universe for a movie series, it makes for a dull, dull game. An overriding gray and brown color scheme doesn't help matters - and doesn't help to actually see elements and enemies on a glossy touchscreen. 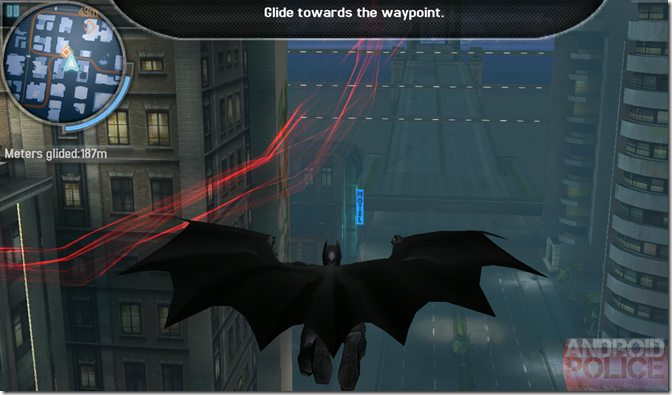 Though normally a pretty trivial concern, the sheer size and compatibility of this game deserves some attention. The Dark Knight Rises is a whopping 3.6 gigabytes, which is nearly the size of a standard DVD, just for the mobile game. Half of that will come from the Play Store download, the other half will be downloaded after you install the game. That's beyond bloated, it's ridiculous: this one game would wipe out the storage capacity of many phones and even weight down some tablets. The Nexus 7 8GB would be brought to its knees. With mobile data getting more and more expensive, this kind of lazy optimization really isn't tolerable anymore. 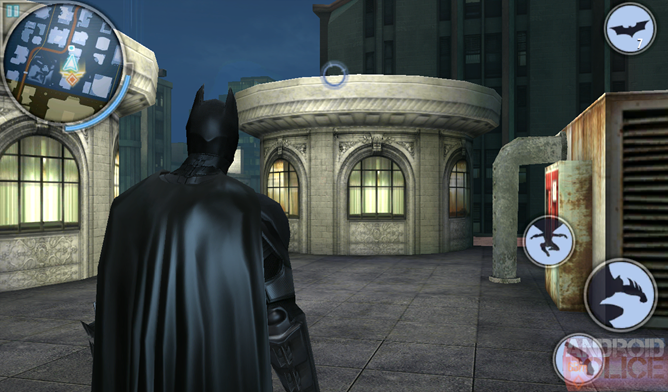 You get a lot of game for seven bucks: the main story is split into chapters with three to seven missions apiece, each taking about ten minutes to get through. For Gameloft (and for games with this kind of pre-existing hook in general), that ain't bad. That said, those looking for a high-quality title should look elsewhere. That seven dollars is better spent on saving up for one of the Arkham games if you've got a console or PC. (By the way, the original Arkham Asylum is just $13 this weekend on Steam.) And if you don't, then just buy something else - there are plenty of action games on Android that are just plain better.

UPDATE: Gameloft released an update to The Dark Knight Rises, fixing a bug that apparently downloaded all the game files twice and added Nexus 7 compatibility. It's still a pretty huge game with graphics that don't justify the space used.

Are You Heading To London For The Olympics? Here Are A Few Apps To Help You Get Around The City!

US Cellular Variant Of The HTC Flyer Finally Gets Honeycomb Upgrade, Someone Must Care, Right?