Like many technophiles, I have a soft spot for wireless audio gear. While cord-free is moving in the direction of Wi-Fi and mesh networks at home, the world of portable gear still belongs to Bluetooth. Earbuds, headphones, portable speakers - they're all different, and so far none I've tested are perfect. Once I find the perfect one in each category, I'll be sure to let you know.

A few months ago, I reviewed the MEElectronics Air-Fi AF32 - a full-size over-the-ear set of wireless headphones that ended up scoring surprisingly well while at the same time not breaking the bank. The other Bluetooth offering available from Meelec is the in-ear Air-Fi AF9, which is precisely what we're taking a look at today. In fact, I've been testing them for the last 2 months or so and had plenty of time to form an opinion.

But First - A Competitor

One of my all-time favorite Bluetooth audio solutions till this day continues to be the Sony HBH-IS800 (purchased for $70). It is incredibly small and portable, has zero cable mess, holds the charge a surprising for its size amount of time, pushes good bass and is overall almost perfect. It definitely has its flaws - for example, its BT receiver is very weak and cuts out way too often in certain situations, the volume levels are lower than ideal when watching movies, there is only a single action button, it pairs with only one device at a time, and its charging mechanism feels incredibly unpolished. But even with all its shortcomings, the IS800 absolutely destroys the competition in the most important aspects of them all - portability and comfort. Here is why: 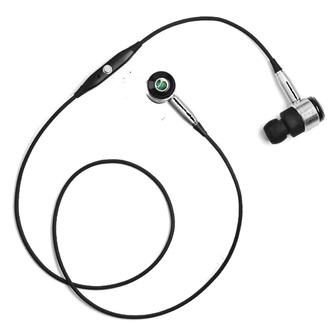 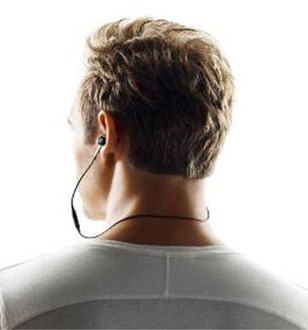 Do you see how awesome it is? Can you even guess where the power source that provides about 3.5 hours of juice resides? When I put on the IS800 the way you're seeing in the photo on the right and head to the gym, I completely forget it exists. The cable does not get in the way - there's almost no cable to get in the way in the first place. Placed behind my head and attached with a provided clip to the back of my shirt, I don't see it, I don't feel it, I don't think about accidentally knocking it off with my hands - yet the music keeps coming seemingly out of nowhere. It's this unparalleled portability that makes a decent pair of earbuds great and irreplaceable. In fact, the IS800 has become so ubiquitous in my life that I now don't leave home without it. Keys, wallet, cellphone, IS800 - it's the new routine.

So, can our newcomer, the Meelec Air-Fi AF9, dethrone the Sony HBH-IS800? How well does it perform for the price? Should you even buy one at all? Let's see if I can answer those. 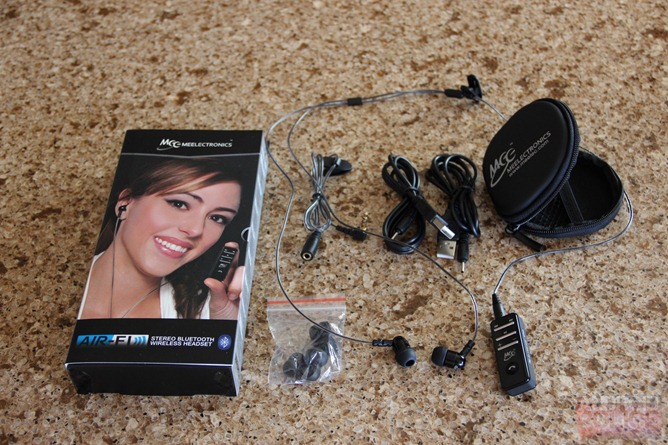 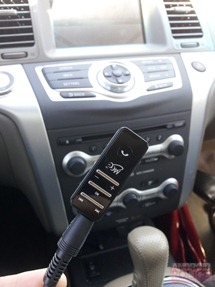 The Meelec AF9 is the company's first foray into the world of Bluetooth earbuds, and for the price ($50) it does a great job, as long as you don't mind one, fatal in my eyes, flaw - too much "wire" in something that's supposed to be wireless. Such hybrid half-BT/half-conventional earbuds designs are great for certain situations but lose out to truly portable solutions every time (see the first two bullet points of The Not So Good for more info). As I was writing this review, I got the Sony Wireless Headset Pro, and while its cable is shorter, I experienced the same frustrations with its design. Argh.

Otherwise, my experience with the AF9 was quite enjoyable - its sound, while not the best I've heard, is definitely better than average. Battery life was definitely sufficient at 6-7 hours, though it certainly not best in class (the Sony Wireless Headset Pro lists 8.5 hours of BT streaming in its specs, for example).

However, I realized the real value of this headset when I utilized its modular design to play audio wirelessly in situations where wireless audio was not possible, the best example being my car. The AF9 was cheaper and arguably better than dedicated BT car dongles, and once the cable mess was out of the equation, most of the negatives disappeared.

I'm not sure if there is a perfect Bluetooth headset out there - I haven't found it yet. Until then, the AF9 will park itself in my car and serve as a wireless A2DP BT streamer - one of its many alternate uses.

[Update: Backordered 2-3 Weeks] The Nexus Q Is In Stock On The Play Store, Shipping In 3-5 Days

Apple Wants $2.5 Billion From Samsung For Infringed Patents, Offers Half A Cent For Each ...