Over a year ago, I reviewed an interesting life journal app called Friday. The app aimed to record every single interaction a user had with their smartphone, including calls, texts, mails, photos, social activities, and songs played. My conclusion was that while Friday was a polished app, it was doubtful whether it would actually be useful. The developer Dexetra then spent a year running alpha and beta tests, and their latest version of Friday is a lot more polished, with an improved focus.

In terms of overall function, Friday has not changed very much. It collects a variety of information about what you are doing and then displays it, with answers and analytics. However, the updated version now sports: 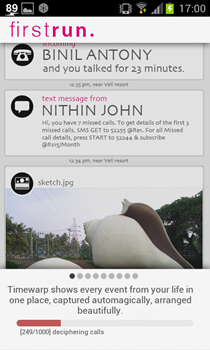 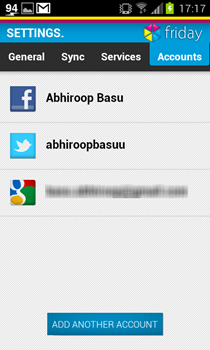 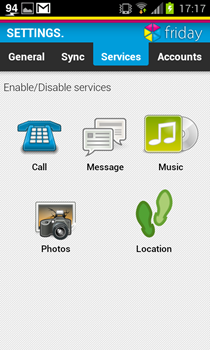 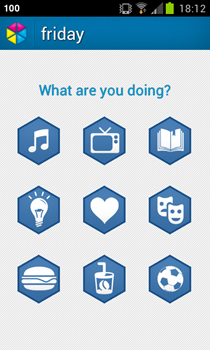 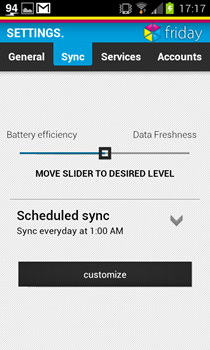 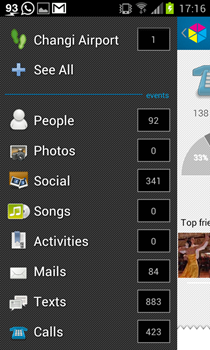 One of the major complaints I had with Friday was that it constantly monitored everything I was doing on my phone. Privacy concerns aside, this was a huge battery drain. It looks like Dexetra has addressed this issue by including an option to save battery or record more information.

Additionally, I really like the updated interface. Not only is it aesthetically pleasing, it provides a quick and easy way of scanning through your past events.

Friday also lets you search your history by either asking questions in plain English or by selecting a particular date. 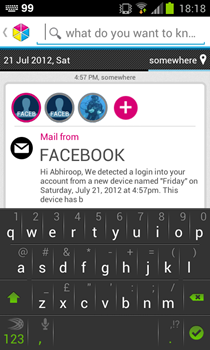 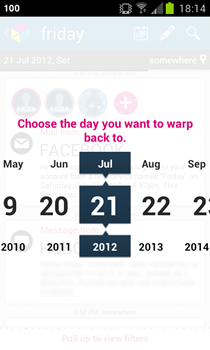 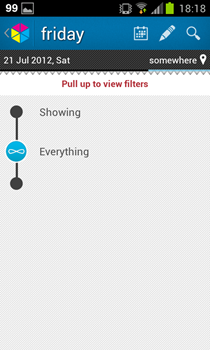 I have been a little sceptical of this feature as I could never think of any reason to search for my interactions with a particular user or on a particular date. Your mileage may vary, but this is something that I do not see myself using much.

Most recently, Dexetra has opened up Friday's API to allow developers to build "applets". These applets are separate apps that use information indexed by Friday to make the users experience better. Dexetra gave us some idea of what the applets could do, for example:

One of the applets created by Dexetra is Trails. It is not very different in terms of functionality to Friday itself, but instead of a simple list of events Trails places flags on a virtual map identifying various events. 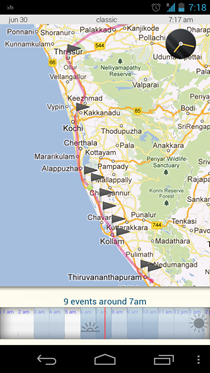 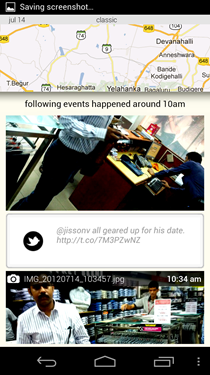 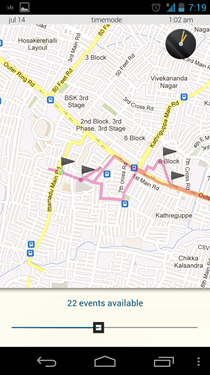 In my opinion, applets is a fantastic idea! One of my main criticisms of Friday, originally, was that while the data it was collecting was interesting, it lacked usefulness or relevance. Did I really need to know who I called and when? Even if I did, there was always a call log for that. However, with the launch of applets there are numerous interesting possibilities for using all the raw data collected by Friday.

Friday has always been a bit of a dark horse for me. It does not appear to solve any problem that I currently have, however if developers do indeed come up with interesting applets I could be convinced otherwise. Dexetra have clearly put a lot of thought and effort into this app and it is definitely worth a look see. If you are in doubt, check out their hilarious video.

[Deal Alert] RadioShack Offering $50 Off Any Android Phone Purchase Of $99.99 Or More

Kyocera Rise Is Rumored To Be Heading To Sprint And Virgin Mobile, Has Nothing To Do With Batman