Normally, we don't get very excited about leaked images of mid-range devices. This one is no exception.

Still, it is a first look at a new device, so that counts for something. 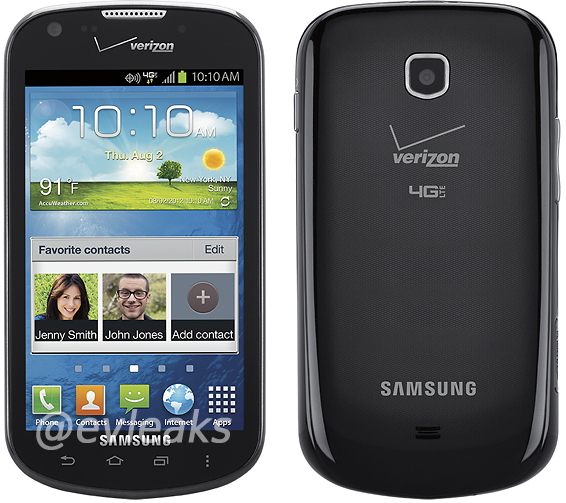 What you're looking at there is a Samsung device codenamed Jasper. It's a mid-ranger with specs to match:

It's hard to say how large the display is judging by the image, but we'd guess it's probably around four inches. It also looks very similar the last year's Droid Charge, so we could see this emerge as the Droid Charge 2, Charge Mini, or some other Charge-y thing. That, of course, is one hundred percent speculation, and this could be released under another moniker altogether. Time will tell.

[evleaks via The Verge]

[No Surprises] HTC Confirms Jelly Bean For The One X, One XL, And One S

ASUS Announces Its Jelly Bean Plans For Transformer Pad, Prime, And Infinity - Others Are Uncertain