As mobile gaming starts to mature, new developers and properties have had a chance to shine. While Rubicon's Great Little War Game hasn't reached the lofty heights of some of the more mainstream titles, its mix of cartoonish humor and solid turn-based strategy has made it one of the most popular games on Android. The sequel, craftily named Great Big War Game, brings elements from both new and old strategy games to make a more cohesive whole. Is it worth three bucks? Well, even with the new editions the core gameplay remains the same -the visuals and feel haven't gotten as big a shift as the change from "Little" to "Big" might imply. To put it simply: if you played the original and had fun, there's even more to love in Great Big War Game. If you came away from the first game unimpressed, there's nothing here that will change your mind.

If you never got a chance to play Great Little War Game, imagine a somewhat refreshed and simplified version of Civilization or Nintendo's Advance Wars. A standard game has two opponents facing off, starting with minimal units and growing their armies by gathering money and producing infantry, vehicles and support units. Movement and combat is turn-based, meaning you won't have to worry about the efficacy of touch controls for twitch-based gameplay. This makes multiplayer (either online or in person, using a hot-potato style passing system) a surprisingly mellow experience. I imagine this would be a great way to pass a long plane ride, even without an Internet connection. That said, playing in the limited campaign mode or in an AI skirmish can sometimes slow to crawl. 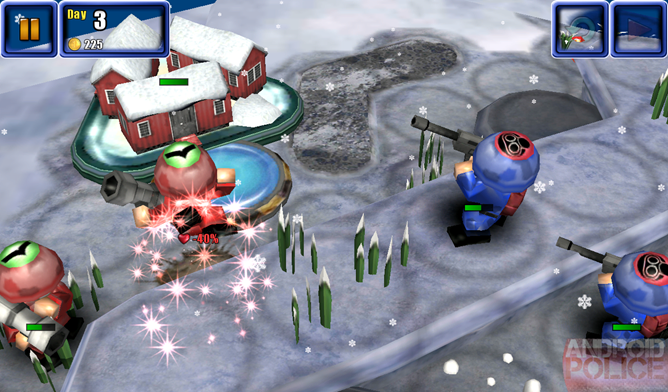 Since strategy is the name of the game, it's a good thing that so much time has been spent on balancing the types of units available. Unlike some modern strategy games, you can't just load up on one type of unit and spam your way to victory. Playing against a skilled opponent or even the computer at higher levels will require a mix of the correct types of soldiers and equipment deployed against their counterparts. Load up on too many of one kind, even the more powerful units like the sniper and cruiser, and you'll soon find yourself countered and cornered. The new fog of war (a concept borrowed from PC real-time strategy games) makes exploration at least as vital as resource management. 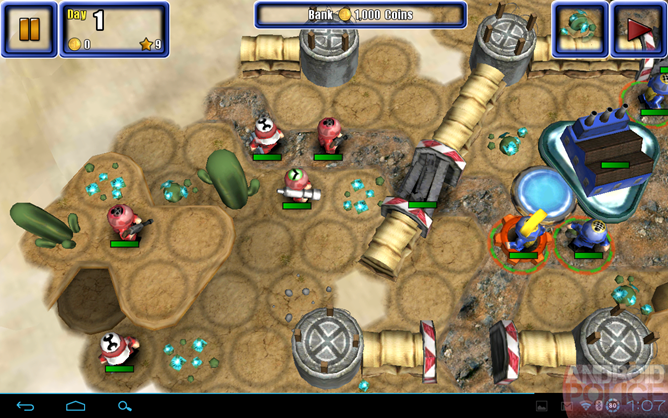 For a turn-based game that's relying on finger control, the interface in-game is surprisingly smooth. Tap on a unit to see where it can move or attack, and take a look at the color-coded rings around it to see what actions it has left in this turn. Different terrain will affect your tactics: infantry and vehicles move faster on roads, and slow to a crawl across water or swamp. Place infantry on high ground to gain a range advantage - a couple of snipers or commandos up high can make infantry quake in their tiny polygonal boots for miles around. That said, Great Big War Game could benefit from looking at the real-time genre. There's no way to select multiple units, and no way to train or build more than one at a time. If there's already something standing on the spawn point, you have to move it before you can train something new - very cumbersome. The Battle Points system, which awards spendable points after every campaign victory, can make the following levels a little too easy.

Second Verse, Same As The First

Graphics won't blow you away, but they suffice. The game engine hasn't been given much of an overhaul since the original game, at least on Android - if it weren't for a few extra decals and the real-time and extremely stiff cut scenes, you'd hardly know it was a new game to look at it. Even so, Great Big War Game treats hardware resources like a Defense Department budget. On a Tegra 2 tablet with plenty of juice the game often stuttered and crashed. These issues might be resolved in future updates, but for now, anyone with hardware under Tegra 3 or Snapdragon S4 levels will be getting a somewhat choppy experience. From the placement of navigation elements and a lack of menu options, it's clear that Rubicon copied pretty much everything from the iOS version, which may have contributed to a lack of smooth operation. 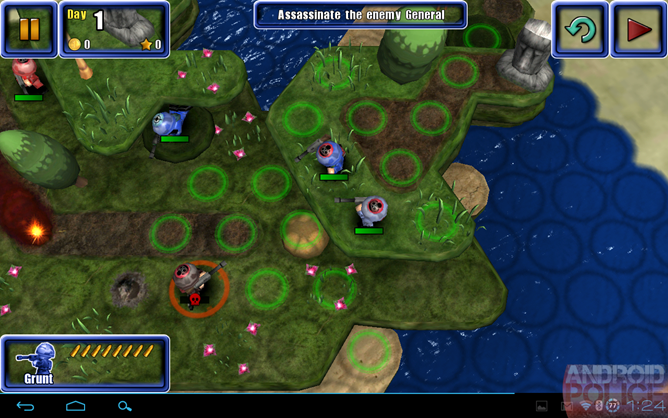 The humor on display is barely above late night talk show caliber, but it combines with the whimsical character design to produce an effect that will have you chuckling. The infantry have "hut hut hut" dialogue that often made me smile, and while the "America, [email protected]#$ YEAH" attitude isn't particularly original or inspiring, the military caricatures are entertaining. Jenkins, sort of the Kif Kroker straight man to the Generalissimo's Zap Brannigan, is a definite highlight. The music, on the other hand, is pretty grating - I turned it off and listened to my Google Music playlist after a while.

All in all, Great Big War Game is a lot of strategy tied up in a small package. It won't set the world on fire (much to the Generalissimo's disgust), but it's a pretty good way to kill time if you're into turn-based strategy. If you've got some friends who are like-minded, local (single-device) multiplayer is a hoot, and there's plenty of online opponents once you outgrow the constraints of the feeble AI. 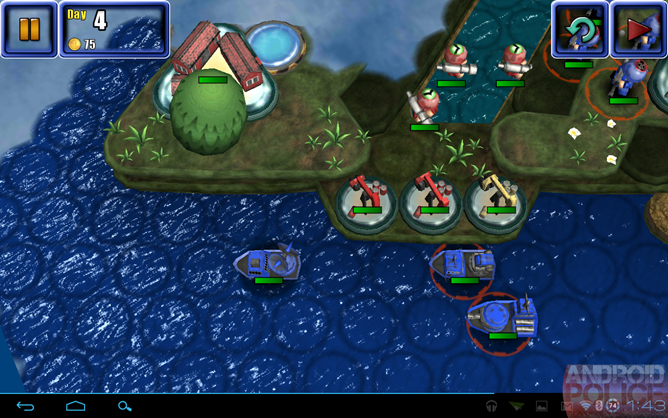 If you cut your teeth on Red Alert and Age of Empires like me, the action may seem a little slow, but those with patience and an analytical disposition will find Great Little War Game well worth the $2.99 asking price. There's an impressive selection of maps, but you can only access the full list via in-app purchases - boo. Bargain hunters, take note: Rubicon often participates in sales and promotions, so it might pay to wait a month or two before picking this one up.