If you use Google Play Music, then you may want to check your app updates - Music just got a pretty decent one. This new version brings a handful of useful features and enhancements:

v4.3.606
* Now Playing queue that allows for queuing and reordering of currenty playing music.
* New UI for navigation with transport controls on the action bar.
* New large album art view on Recent.
* Playlist art is now constructed from album art of songs in the playlist.
* Now Playing widget has album art and support for thumbs up.
* Harder, better, faster, stronger. 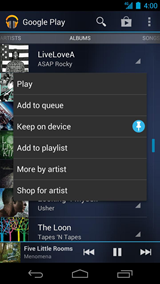 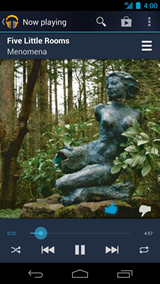 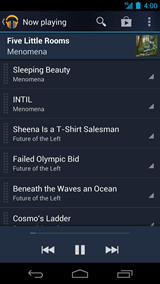 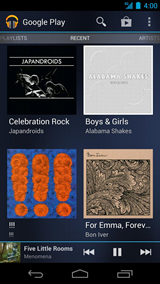 After messing around with it for just a few minutes, I can already say that this update is more intuitive and easier to use than previous versions of Music, as the swiping action is a much better way to navigate through the interface. Most of the other changes are more subtle, but welcome nonetheless (though they did remove the "back" button in the widget in lieu of a "thumbs up," which is kind of... not good), aside from the Now Playing screen on larger devices: 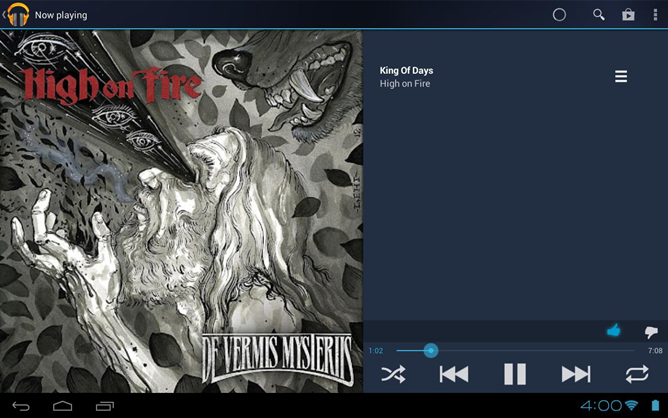 Yeah, seems like that big blank area could show the playlist or something similar. Google is becoming increasingly fond of leaving large unused spaces in its products lately, isn't it?

Otherwise this updated is a solid step in the right direction, so go ahead a grab it. Christmas In July: Logging Into The Nexus 7 From Multiple Accounts Gives $25 Credit In Each