Typically, when we think about gadgets like this designed for children, Leapfrog comes to mind. Then there are the junk devices that use two-year old tech marketed as "for kids." The Nabi 2  shatters that mold, however, by using the quad-core Tegra 3 processor to power the device. That, combined with an array of fantastic and educational software, puts this tiny powerhouse in a league of its own. Best of all: it does all that for only $199. 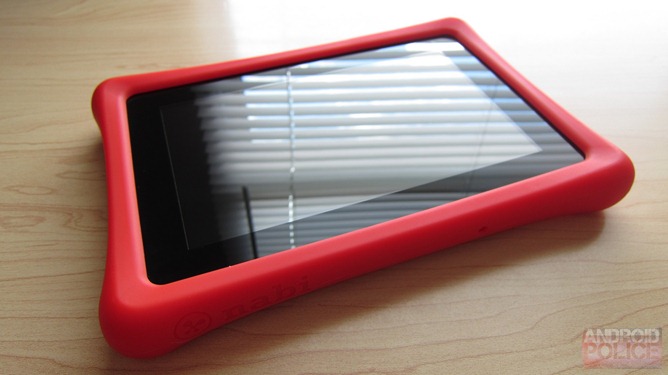 After my review, many people wanted to know when this device would be available. Good news: you can now order the device from Wal-Mart, Best Buy, and Gamestop. It's also coming to Target and Amazon beginning on July 22.

If you need a quick refresher on the specs, here they are:

The only downside to the Nabi 2 is that it doesn't have access to the Play Store, but you can sideload the Amazon Appstore onto the device. Given its kid-centric nature, though, I didn't really see that as much of a problem since most of the apps that you may want your kids to have access to (like Netflix, for example) can be found on Amazon.

If you are still on the fence about whether or not this is a worthwhile investment for your child, I highly suggest that you take a look at my full review of the device. If you want the TL;DR version, though, here's my final thought:

I think the Nabi 2 is a fantastic device that both kids and parents can get behind. I'm walking away from this review extremely impressed with not only the level of detail in the software, but the overall design, as well. Thus, if you want a device for your kids that's not only fun to use, but has some educational merit, this device is an excellent choice. And at only $199, you'll get a premium Android experience that won't break the bank.

Getting To Know The Nexus 7: 15 Of The Best Games To Spend That $25 Play Store Credit On