Today, Samsung posted an official demo video of some of Galaxy S III's more advanced features, such as Smart Stay, S Voice, Smart Alert, Direct Call, and social tagging. Ironically, while showcasing just how intelligent the phone is, we are treated to the following hilarious answer by S Voice: 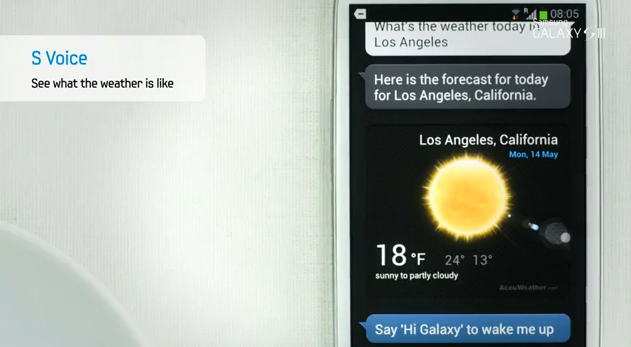 Hey, it's 18 degrees Fahrenheit in Los Angeles! That's -8 Celsius. In May. Look what you've done, Sammy - now we're going to need to edit Wikipedia to amend the previous record of 24F from 1944. I guess we could finally say there actually was a cold day in Hell after all.

Here's the full video for your enjoyment, which admittedly does a pretty good job outside of this little snafu: