IMDb is already one of the most awesome movie apps on the market. With the world's largest and most popular catalog of who's-in-what and which-came-out-when, IMDb has single-handedly solved that whole "I recognize his face, but what was he in?" problem. Today, it's getting even better by adding support for the oft-forgotten IMDb message boards, providing recommendations based on your movie tastes and, perhaps best of all, Metacritic scores. 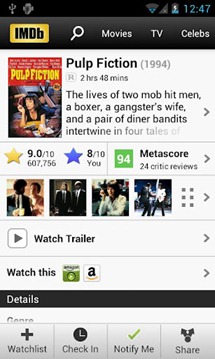 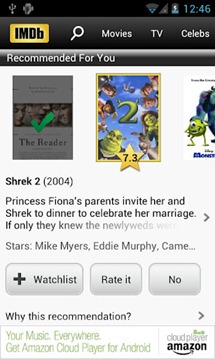 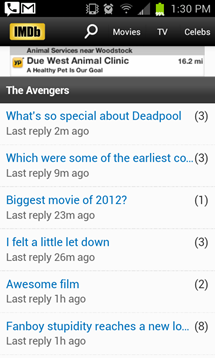 The Metacritic scores are perhaps the most exciting, as the site is one of the better opinion aggregators out there. Any movie app worth its salt has ratings and reviews from either Metacritic or Rotten Tomatoes. If IMDb weren't, itself, a behemoth of movie information, it'd be hard to say it was valuable before this addition. This just makes it even better.

The app has also added the ability to log in with your Amazon account to add movies directly to Amazon Video On Demand, or to create a wish list for watching later. You can also "check in" to movies and TV shows that you're watching via Facebook, in a very GetGlue sort of way.

The app is already a must have for anyone with a smartphone. This makes it even better. The update is already available on your device if you already have it installed. If you don't, I'm going to assume it's because you just got your phone today and the very first thing you did was check Android Police, which is so nice of you, I'll give you a handy widget to download this from.