Well, so much for the idea of a patriotic-themed launch party for this device. Still, if you're on AT&T and you're excited about getting your hands on the exclusive red version of Samsung's latest and greatest flagship phone, your wait is about to be at an end. In a few short days, starting on July 15th, AT&T will be offering the device en rouge via pre-order on its site. 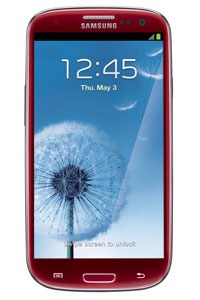 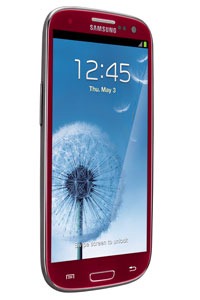 The device will land in stores next to the blue and white versions on July 29th. A note to retailers: your opportunity has passed. If you put a stars and stripes border or decorations on your display now, it will just look tacky. Let the red Galaxy S III speak for itself. What it's saying about itself is great, by the way: "I may look just like my blue and white counterparts—which is to say not the best looking thing in the world—but you know red is way hotter than blue or white."

Technically, Red Galaxy S III, you're wrong. A material that is heated enough to emit red light is, comparatively speaking, not all that hot at all. A material that is white hot, which is to say, heated enough to emit white light, is burning much hotter, however, and is therefore much more dangerous. In fact, either degree of heat would be too much to hold in your hands, so why would you want your phone to be burning so-ohhhhhhhhhhh. You mean sexy. Got it.