T-Mobile customers excited to get hold of Samsung's latest flagship may have noticed by now that the carrier's base price (for a 16GB device) is $279.99 – yes, that's $80 above every other carrier's price for the 16GB model. Luckily, both Wirefly and Letstalk have lopped that extra $80 off and are now offering the SIII for just $199.99 for new accounts and upgrades. Of course, both retailers are offering Samsung's Galaxy SIII in both its Marble White and Pebble Blue versions. 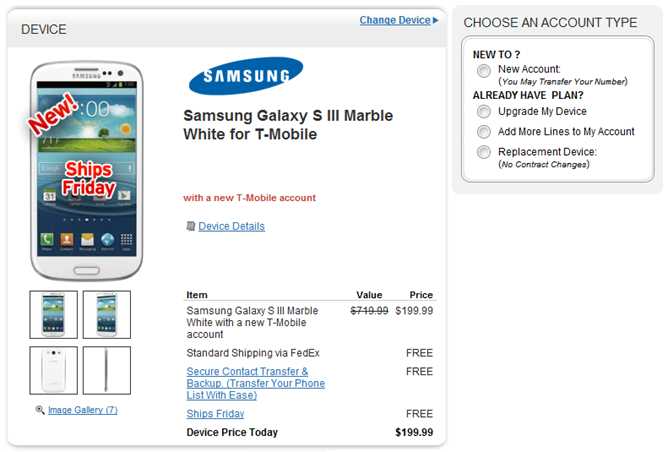 Just in case you've somehow escaped the SIII's US spec list until now, here are a few reasons why it's one of the greatest devices released so far this year.

If you've been waiting for a good deal to pull the trigger on picking up T-Mo's SIII, now's your chance. Just click through to take advantage of the deal at Wirefly (Marble White / Pebble Blue) or at Letstalk (here).