Our I/O Nexus 7s just received update notifications that a new software build is available for download - this is very likely the final retail build users will see when they receive their devices. 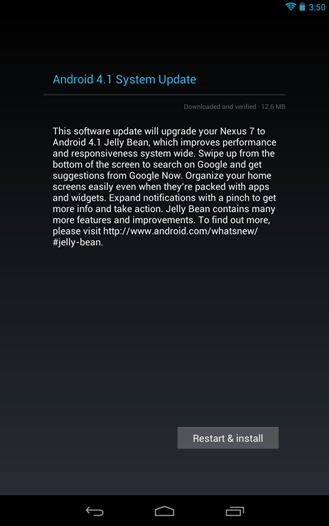 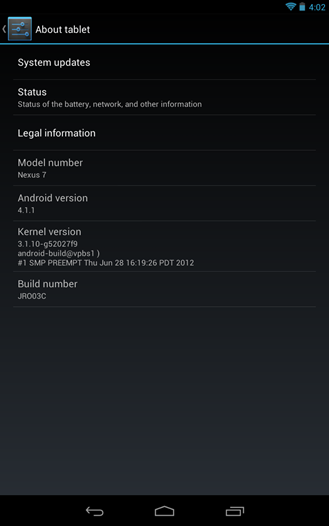 While a "changelog" of sorts pops up with the update notification, it's stock dialogue from a full-on Jelly Bean upgrade, not something specific to this particular update for the Nexus 7. More than likely, this OTA just irons out some bugs and turns off some unnecessary data logging and pre-release testing tweaks.

There are three things I have noticed so far on the updated software, though:

Overall performance seems generally to be the same as it was before the update, so without benchmarking or doing some sort of side-by-side test, we can't really tell if things as a whole are any smoother. The above two specific instances, though, are very noticeable.

So, if you have an I/O Nexus 7, hit that check update button.