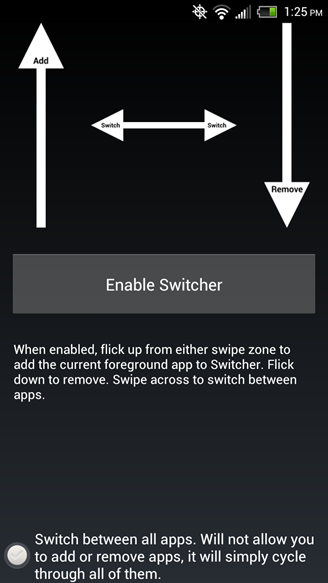 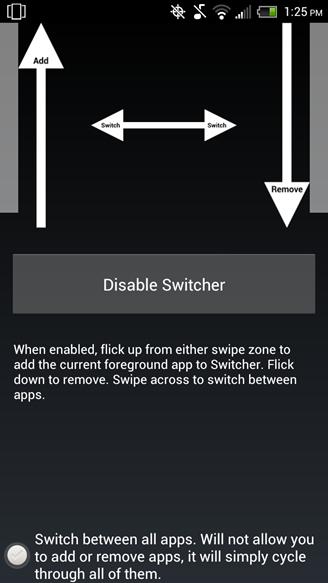 Those concerned that the vertical "add" and "remove" gestures can rest assured that Switcher's pre-defined swipe zones (which rest fairly high on the screen) will almost never interfere with normal in-app scrolling.

It's very important to note that this app is still a proof of concept, and therefore may not work perfectly on all devices. Further, it is likely that changes will be made to the app quite often. Of course we'll keep you updated on the app's progress and (eventual) completion, as this is definitely an app to watch. Until then, click through the widget below to give it a try.

AT&T Launches Its LTE Network In Six New Markets, Expands In Two Others

Droid NAS Turns Your Android Device Into A Wireless Storage Device For Your Mac Or Other ...