I'm not going to lie: after reviewing the Toshiba Excite 7.7 and declaring the 7(ish)-inch form factor my favorite, it was an incredibly difficult task picking up the A700 and giving it a pure, objective review. It feels clunky, cumbersome, and heavy-as-heck in comparison to the Excite 7.7. Alas, I know there is a market for larger, 10.1" tablets so I've done my best to keep an objective mind with this device because, fact is, not everyone is in love with the smaller form factor the way that I currently am.

With that said, let's talk a little bit about the A700. If you didn't already know, it's the big brother to Acer's other Tegra 3 slate, the A510. In fact, spec for spec, it's nearly identical, save for one major feature: the display. Where the A510 has a typical 1280x800 TFT panel, the A700 has an incredibly sharp 1920x1200 display - and it makes a bigger difference than you think, in both sharpness and performance.

Unfortunately, a higher res display does not equate a better device in this case. If you didn't already know, I loved the A510; it performs like a beast, gets great battery life, and is buttery smooth all the time. The A700 doesn't even begin to compare, especially where the latter is concerned.

Since this is just an incremental update to the A510, I'm only going to touch on the aspects that are the same and put the primary focus of this review on what's different. For a more in-depth look at things like build quality and feel, check out my full review of the A510. 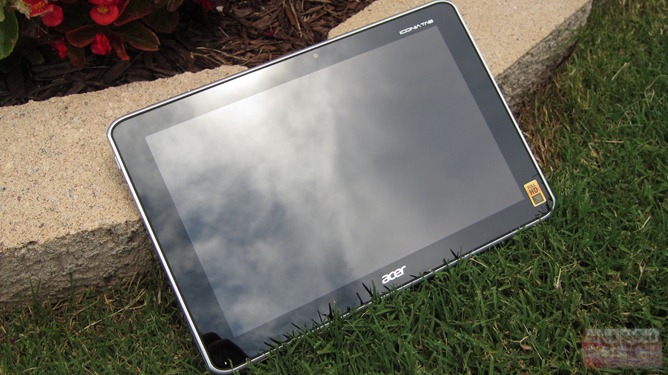 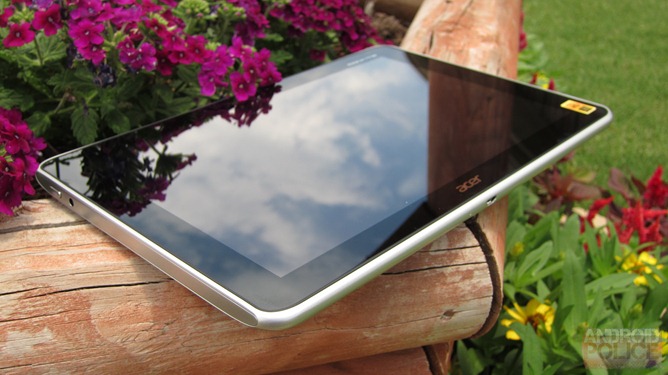 If you read my A510 review, then you already know how I feel about the way that device, and thus this one, is built: like a tank. It feels incredibly well put together, the buttons are solid, and the plastic back feels quite nice. The main downside of this device is the weight: it's quite a bit heavier than most other tablets that I've used, and compared to the 13.4 oz. Toshiba Excite 7.7, the A700 feels like a brick. 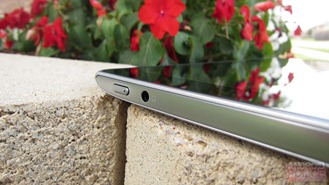 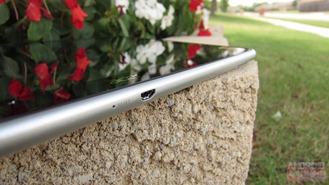 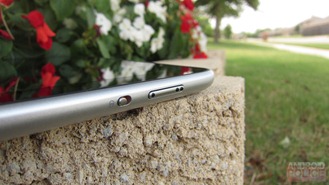 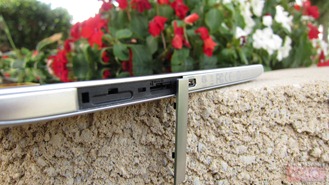 That said, the weight is the only negative thing I can say about the this otherwise terrific-feeling device. 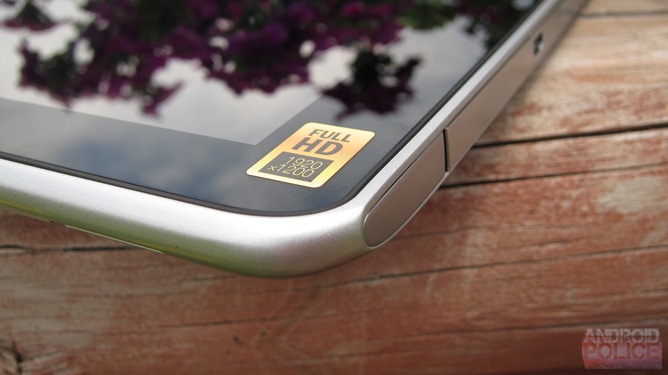 At 1920x1200 (224 PPI), the A700 has one sharp display. Letters are so crisp, images are more detailed - literally everything looks better on this device than any other 10.1" tablet that I've seen. Colors are well balanced and Acer seems to have corrected the "coolness" problem from the A510. While colors aren't over saturated, the blacks aren't quite as black as I would like them - I guess I got spoiled to the AMOLED display of the Excite 7.7 during my time reviewing it. Still, that's not uncommon among displays on mobile devices, and this one looks fantastic for what it is.

When I reviewed the HAND Stylus a while back, I used a very simplistic method to display how it reacted on various displays. Unfortunately, Acer hasn't improved touch sensitivity on the A510 at all since then: 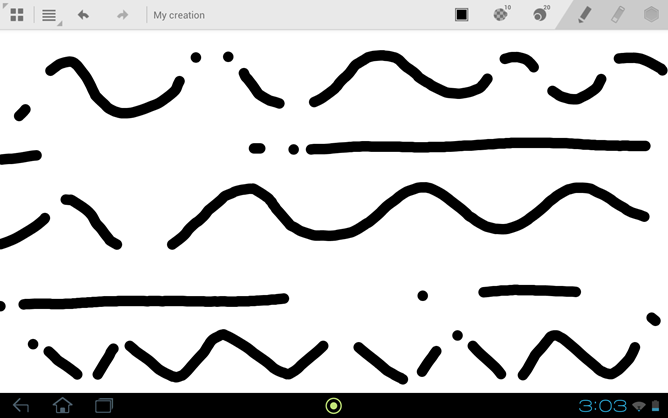 These lines were made without lifting the stylus from the display.

With that said, I haven't had any issues with touch responsiveness as long as I've been using the device, but if you're looking for an ultra-sensitive display, the A700 is not the one to buy. 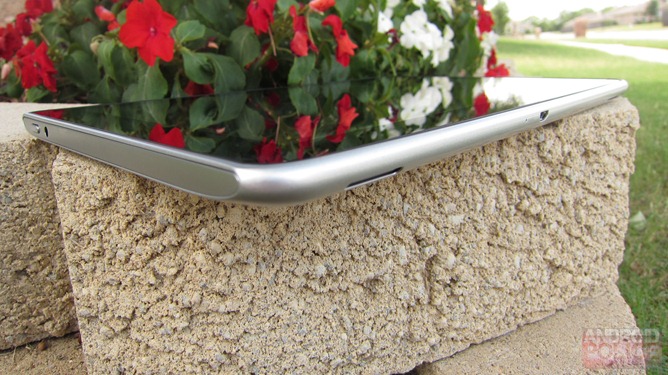 And this is where things start to go downhill for the A700. Performance isn't necessarily abysmal on the A700, it's just... sub par. Do applications load quickly? Yes, but just not fluidly. There is always a certain amount of choppiness to the device, be it scrolling through homescreens or the app tray, playing a game, or surfing the web. The response time is always quick, but the animations just leave a lot to be desired.

I'm not really sure the reason for this - it could be because the A700 is using the Tegra 3 T30, which is the same chip in basically all other Tegra 3 tablets on the market, save for the Transformer Pad Infinity (which uses the higher-clocked T33), and it just can't keep up, or possibly because of the fact it uses DDR2 memory instead of DDR3. Since the TF700 doesn't suffer from the same issue, I'm actually inclined to believe it's the former: the T30's GPU could be having a hard time keeping up with the higher-resolution display.

Does that make the A700 unusable? Heck no - it's still very usable, but if you love eye candy it just doesn't look as pretty while you're using it.

It's also worth noting that, exactly like the A510, the A700 gets quite warm during intense tasks, like gaming for example. It's definitely not an intolerable heat, but the bottom right corner on the back of the device does get noticeably warmer.

When it comes to battery life, the A510 lasted longer than any other tablet I've used. Considering the A700 has a higher resolution panel to worth the CPU/GPU even harder yet it keep the same 9,800mAh battery, it's understandable that it takes a hit here - and it does. Not by much, though; the A700 gets around eight or nine hours of use, putting it on par with most other 10.1" tablets. 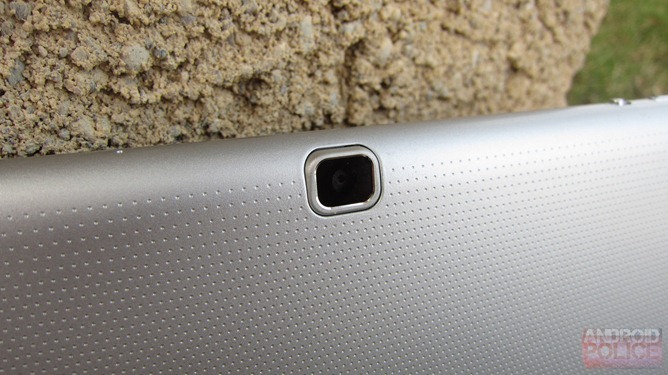 Over saturated, blah blah blah. It's a tablet camera, so here are some crappy pictures for you to look at: 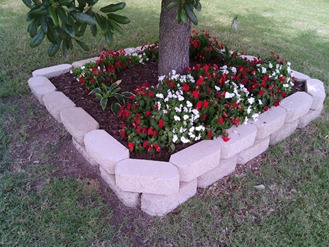 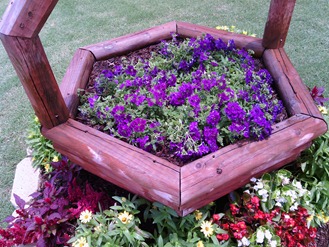 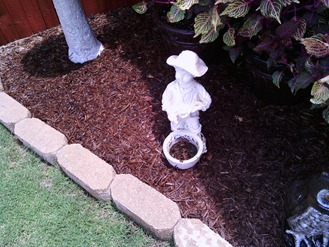 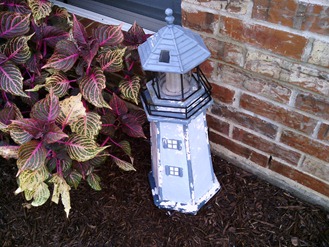 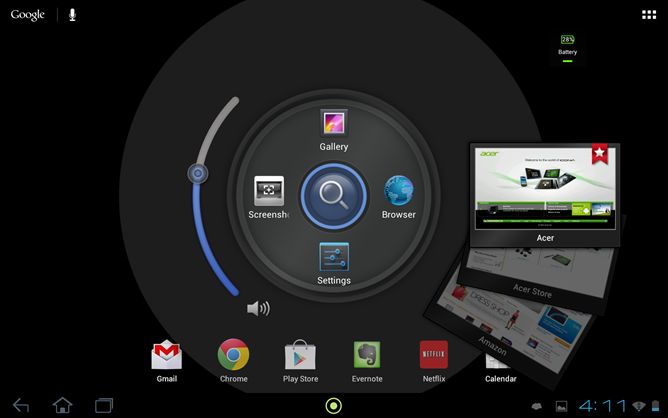 Like the A510, the A700 has the "Acer Ring," which offers quick access to four user-selectable apps, as well as volume and bookmarks. It also allows the user to customize the lockscreen and add the ability to launch four different apps without having to first unlock the device. Since I think the Acer Ring is a pretty important modification, I'm going to quote the entire software section of my A510 review:

Meet the Acer Ring, Acer's small addition that actually does a great job of making Android better. The Ring made its first appearance on the A200, and returns on the A510. To pull up the Ring, simply tap the yellow(ish) circle in the middle of the notification bar. It brings up a circle in the middle of the screen with shortcuts to four user selectable applications, bookmarks on the right side, a volume slider on the left side (which is slightly superfluous, considering there is a volume rocker), and a link to Google search directly in the middle.

My one issue with the Acer Ring is the icon: Acer could've used something a bit more subtle here. I get that people need to know it's there, but once you figure out what it is, there's not much of a reason to have such an ugly little eyesore in the middle of the notification bar. I would've loved it if Acer offered a few choices for the Ring icon; still, the Ring is still incredibly useful and a nice feature. If, for some crazy reason, you don't like the Ring or find it useful, it can be completely disabled (good job, Acer!). The Acer Ring isn't the only modification that Acer has made here, either; the lockscreen has also been slightly modified in a ridiculously useful way. 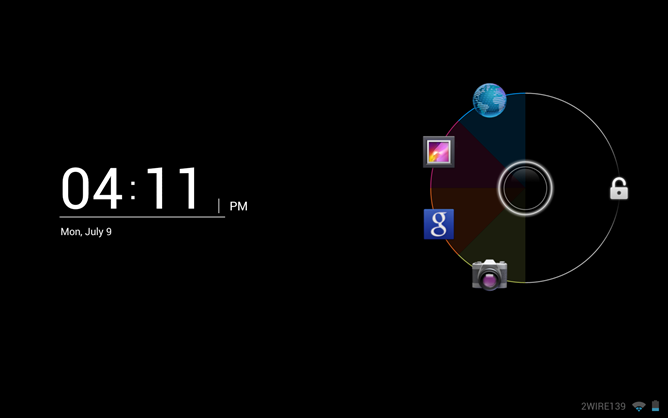 In stock ICS, there are two options on the lockscreen: unlock and camera. Acer decided that this area could be used for so much more, so the lockscreen on the A510 has five options: four slots for user-selectable apps and one for unlock (of course). This is an absolutely wonderful feature, because you can launch frequently used apps (or even the app tray) directly from the lockscreen (it even includes a nifty, yet subtle animation!).

Acer also included a feature called Acer Print that allows you to, you guessed it, print things. Print is built directly into the browser, but many other applications can "share" things with Acer Print, effectively sending it to the printer. I was a bit skeptical of Acer Print at first, but it worked exactly as it should've from the very beginning. It found my network printer almost immediately and had it setup and ready to use within seconds. From there, I used the "send" feature in a Google Drive document, and it went straight to the printer without issues. Very nice. 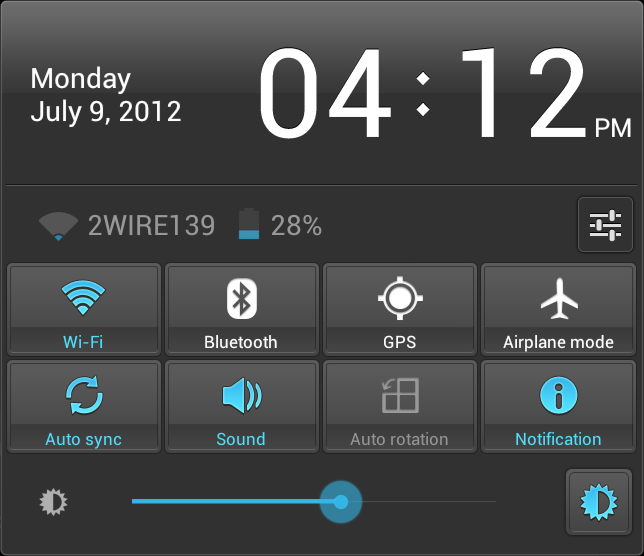 Acer did make one other software modification on the A700 that's not present on any other Acer tablet (that I've seen): notification toggles! In my opinion, this is one of the best mods that any manufacturer can make to a tablet, so I'm glad to see it finally make an appearance on an Acer tablet. 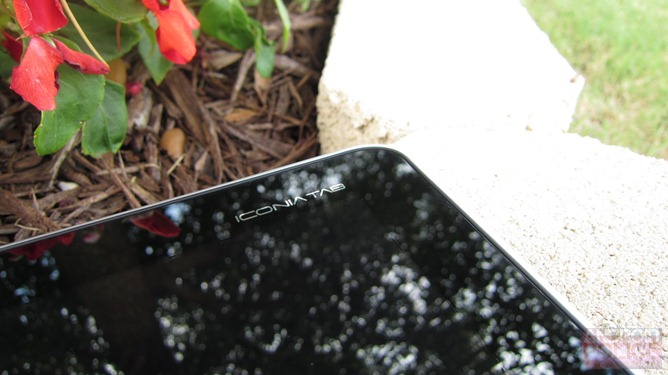 Is the Acer Iconia Tab A700 a great tablet? No. Is it an awful tablet? No, not really. It's simply OK. The choppy performance leaves a lot to be desired, but that can easily be remedied, especially once Acer pushes Android 4.1 to the device - I'm sure Project Butter will fix it right up. Otherwise, it has a stellar display, an ample amount of storage, and enough soft mods to make the tablet very easy and practical to use.

But should you buy it with the *hope* that Acer will update it to 4.1? Maybe. Historically, Acer has done an excellent job of updating its tablets, and the comparable ASUS Transformer Pad Infinity (TF700) is around $50 more than the A700. Of course, with the $200 Nexus 7 on the horizon, you still have to really want a 10.1" display to spend that kind of money.