Earlier today, an eager marketing person suggested we review an innovative new app that every Android user like totally needs, dude - Android Defrag. Created by Enlightened Software House, the app promised to "Increase your Android Mobile & Tablets Performance Speeds, Battery and Memory Today." There was a Pro version too, and it only cost a buck - what a deal! Here, check out this gem's full description:

Here are the screenshots from the Play Store. Holy crap, we could all be fragmented and need this app ASAP. Right? 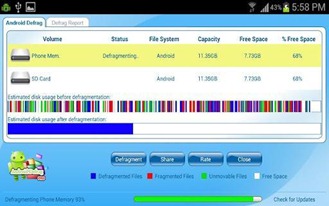 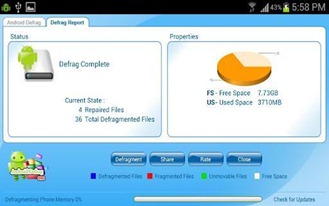 This app (still currently visible on Appbrain - image mirror) and any other defrag app you'll ever see for Android are going to be some sorts of scam in one way or another. In this case, Android Defrag asked for permissions to read browser history and bookmarks as well as network communication. Who knows what it was going to do with this information and where this farmed data would end up? I don't, and neither will you because I reported this app to Google, and Reto Meier himself quickly confirmed that:

Minutes later, it was removed. 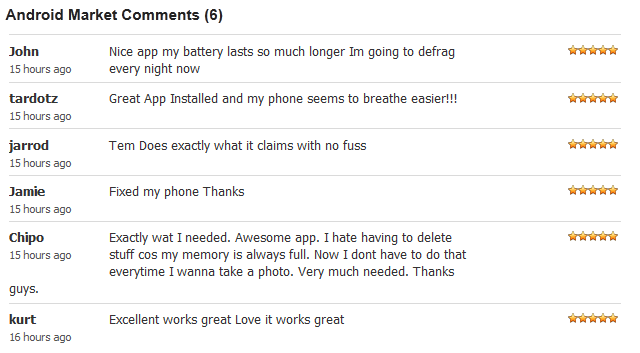 You picked the wrong promotional technique, Enlightened Software House. And in doing so, you helped create this PSA, which will hopefully serve as a warning to those looking for information on Android defragmentation apps in the future. And for that I thank you.

Props to Google and Reto Meier for their swift actions.

[Deal Alert] Sprint's Galaxy S III Is Available For $149 From Amazon Wireless For New And ...