There's no doubt that Swype is one of the most popular and innovative keyboard replacement apps for Android, albeit for a somewhat niche market. One of the quirks of Swype, though, is that it's basically made for one-handed input, and some users just aren't into that. Enter a new keyboard called Keymonk Keyboard which basically takes the Swype method of text input and modifies it for two-handed input. Check it out:

Weird, right? After watching the video I had to try it for myself, and I have to say... it's probably as difficult to use as you are imagining right now. To be fair, though, I'm not the biggest fan of Swype, either.

From an application standpoint, it works exactly as advertised; the app is very responsive and polished. It's definitely a very interesting take on mobile input, and I believe that many users will be very happy with it once they get used to it. There's only one way to find out: hit the widget below and give it a shot. 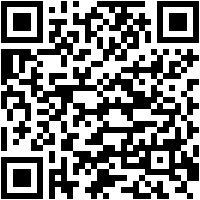