Do you ever feel like you need another Twitter client in your life? Or maybe you need to replace the one you've been using with something fast, functional, and clean. Either way, Digital Ashes' Tweet Lanes app hit the Play Store recently, promising pure Twitter and pure Android side by side. Indeed, the app delivers on both fronts, having consistent smooth functionality and a UI that sharply adheres to the oft-aggrandized ICS design guidelines.

Besides its performance and aesthetic acumen, Tweet Lanes has several handy features, including automatic media previews, a (somewhat) persistent tweet bar, and the ability to interact with multiple tweets at once, among others. 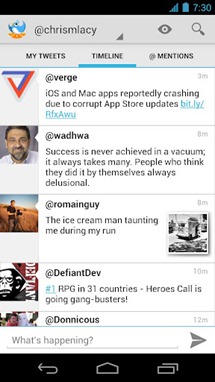 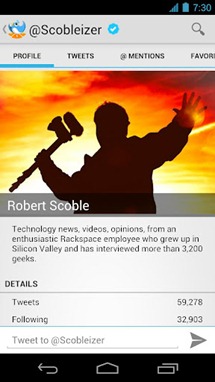 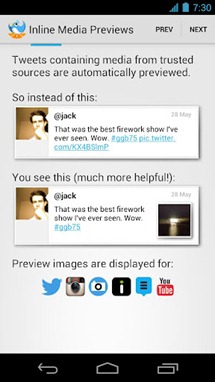 If you're looking for a new, better way to tweet and love ICS-inspired visuals, Tweet Lanes is for you. Just hit the widget below to grab the download. [New App] Keymonk Keyboard Is Like Swype For Two-Handed Input