Every month since, I searched the Play Store for Word Lens, hoping its developers brought it to our favorite OS, but found nothing. Eventually, during my trip to Spain, I started using CamDictionary, which did a decent job but was too cumbersome to use and lacked many words in the dictionary.

One thing CamDictionary couldn't do was exactly why I wanted Word Lens so badly - translate all words my camera was capturing, live. It could either translate a word I pointed to with my finger or snap a photo and analyze it. Reading restaurant menus with CamDictionary was a little easier but still a big pain. I was not happy and routinely spent 25 minutes just examining menus before getting frustrated and ordering an omelet.

Last month without any fanfare, Quest Visual, the company behind Word Lens, released the Android version, which I finally discovered today thanks to Reddit. A few short moments later it was downloading to my EVO LTE.

There are two versions - the free Lite one and a $4.99 paid one which comes with one language pack. Now, I'm not really sure what Quest Visual was thinking when they released two separate apps and marked the paid one as having an "introductory price" of $4.99. Both versions have in-app purchases for language packs, each one costing $4.99, and the free one comes with no packs pre-installed. So getting the Lite version and buying one language pack is the same as buying a paid version. Why, Quest Visual, why would you then have two versions that end up with the exact same end result? Sigh.

I am not going to discuss whether pricing per language is set at a fair amount - you will be the judge of that. To me, being able to read a menu without getting frustrated already makes the $5 a worthy investment. At the moment, Italian, Spanish, and French are the only language packs available. I hope more are coming.

Update: According to Quest Visual's blog, the language packs are actually on sale at $4.99 until July 22nd. I am not sure what they'll cost after the introductory sale, but that explains the strange "introductory price" wording. It still, however, doesn't explain why there are two versions.

Some of you might say: "It doesn't use Google Translate? @#%^ that!" Yes, Word Lens uses offline language packs, but it does it for a few reasons:

Moving on to the most important question of all - does it work? The first time you fire it up, you will likely get a seizure even if you're not epileptic. The app tries to translate what it sees on the screen at the rate of what seems to be five times a second, which causes all kinds of flashing of letters and whole words and completely shocks your visual organs.

Thankfully, there's a Pause button which lets you capture what you're seeing live and look at it in peace. The Pause button also seems to produce more accurate translations and makes all the recognized words become clickable (see below).

However, once you realize how complex the technology is, realize that the app is very new to Android and will undoubtedly receive numerous improvements, and, more importantly, figure out how to use it correctly, Word Lens does not disappoint.

I tested Word Lens on book titles, legible words printed on my monitor screen, and a printout of a Spanish restaurant menu. I don't know about you, but I was impressed. Really impressed. 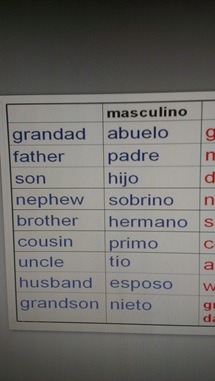 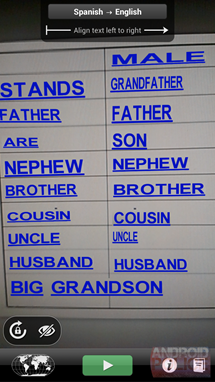 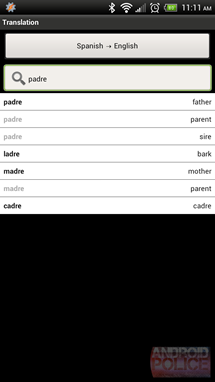 And now a random restaurant menu: 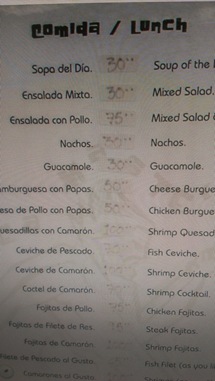 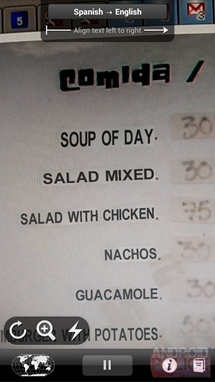 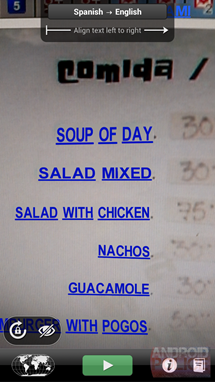 Here's the full menu if you want to try it out yourself: 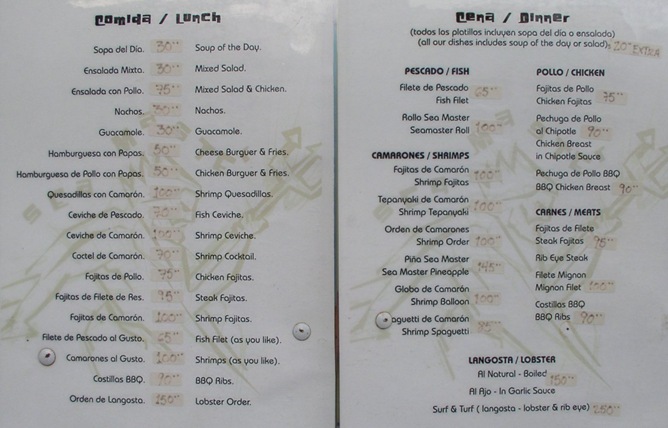 The beauty of an app like Word Lens is it is really fast to use since it uses the camera and updates the image live. It also completely replaces words it sees instead of just adding overlays, all while trying to match the same font, color, background, and text size.

Yes, it's not perfect and may not work on every font out there, but can you read this fast in a foreign language without knowing a word of it? I sure can't. Remember: even voice recognition (especially live) is far from 100% accurate and fails with accents, background noise, and other factors. Live image recognition is very hard as well, and Word Lens, in my opinion, does an excellent job.

If you want to give Word Lens a go, use the widgets below. 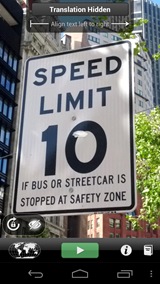 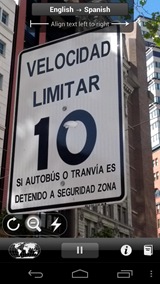 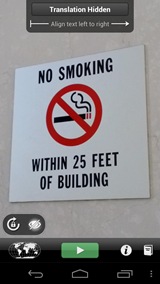 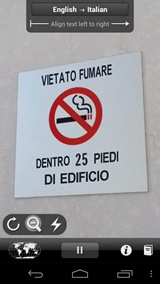 [The Android Police Podcast] Episode 17: It's Not A Tablet, It's Just Shaped Like One