One of the biggest benefits of having an Android phone is undoubtedly Google Maps/Navigation. However, it's a really bad idea to hold your phone and drive whilst using Navigation. Luckily, there are approximately 6.4 billion different accessories that can hold your device so you can focus on driving and not playing with your phone (not that you, our ultra-sophisticated reader, would do that in the first place... right?). Some of these mounts utilize your vehicle's cup holder, some use the 12v charging port, some stick to the windshield (which happens to be a no-no in some parts of the country), and others, like the one we're looking at today, mount directly to the dash.

The first thought that came to my mind when considering a dash mount was, what if it won't actually stick to my dash? Fortunately, Arkon has a solution for that, too: the "Friction Dash Mount." Basically, it's a weighted beanbag type device with a smooth area for the Dash Mount's suction cup to stick to. I was actually skeptical of how well it would work, but after using it for the last several weeks, I've been pleasantly surprised. 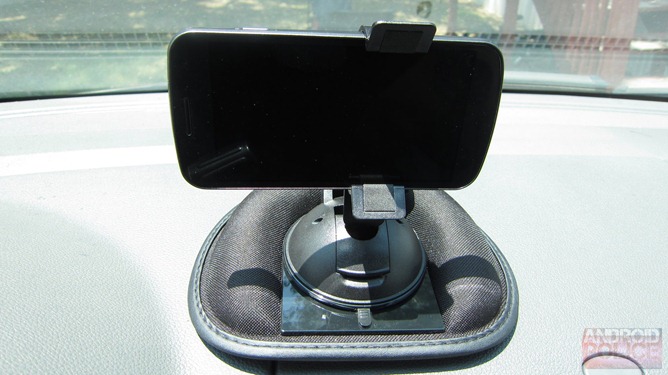 What Makes It Good

What Makes It Meh

The dash mount itself is a pretty neat little gizmo: both the arm and the hand that holds the phone are both adjustable, so it's actually quite versatile; it can be used in an upright position like the photos below, or in a downward position, like the video above. Because of this versatility, it should work well in nearly any vehicle. The suction cup also has a bit of sticky goo on it, which helps it stay attached to whatever surface you mount it to; if it gets dirty, you simply rinse it off with some warm water and it's as good as new. 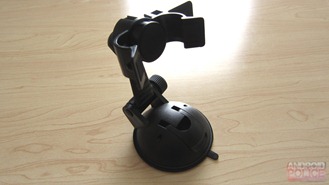 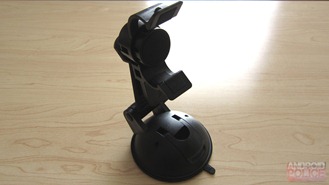 Yes, these were taken on my desk. It's about 4000 degrees in my vehicle right now, so taking pictures out there just isn't something I really want to do.

The one issue that I've had with the dash mount is that, when exposed to very hot temperatures (I live in Texas, so hot temperatures are the only thing that exist here), the hand becomes very flimsy and "sags" under the weight of the phone. This, of course, can be corrected by adjusting the arm, but that drastically reduces the variety of positions the mount can be placed in. Fortunately, if it's in your vehicle, you'll likely be using it in the same position all the time.

The hand which holds the phone connects to the arm via ball joint, much like other Arkon mounts. Ergo, they're actually interchangeable; you can simply pop the current hand off and replace it with a different one - like the bike mounts that I reviewed a while back, for example. Since the bike mounts have a way to adjust the tension around the ball, you can effectively "fix" the aforementioned sagging problem, granted you either have an extra mount laying around or don't mind purchasing another.

This thing is rad - it basically sits on your dash and holds the mount. It's weighted, and the bottom of the unit is covered in a very "grippy" material, which holds the entire thing in place. If you want to further ensure it doesn't slide around, the package also includes a small hook that can adhere to the dash and attach to the friction mount. It's worth noting, however, that I've been using the dash and friction mount without the hook for weeks now and it hasn't moved. Then again, I drive a minivan, so I'm not exactly pulling stunt maneuvers on the interstate. 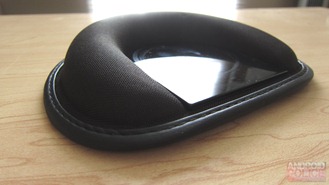 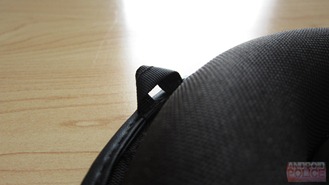 Right: the loop that attaches to the hook, should you choose to use it.

Since this is such a simple addition, there really isn't much more to say about it. It does exactly what it's supposed to to do - no pros, no cons. It just works. 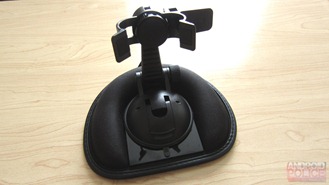 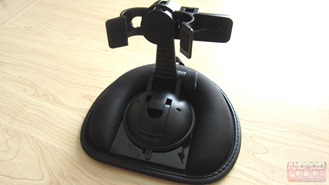 Before I finish up, I want to add that Artem has been using the same mount for nearly as long as I have, and he loves his. In fact, he claims it's the best solution that he's ever used, and that's really saying something. I know that he's gone through at least a half a dozen different mounts in the past few months looking for the "perfect" solution. For him, this is it.

And my thoughts? If you're looking for a way to mount your phone to the dash instead of the windshield, you'll be hard-pressed to find a more versatile, affordable solution than this one from Arkon.