On day one of Google I/O, the Play Store team announced an upcoming brand new version of the Android Developer Console - a publishing interface developers use to, you guessed it, publish apps to Google Play. The completely redesigned UI contains improvements based on feedback from the past several years and is fantastic. For further details, hit the link above or just watch this video:

As promised, you can now sign up to be first in line to give the private beta a go by following this url. Approval is not immediate, but at least you'll get there before everyone else. Really, if you use the console, just fill out this form - the only thing it wants to know is your email address. 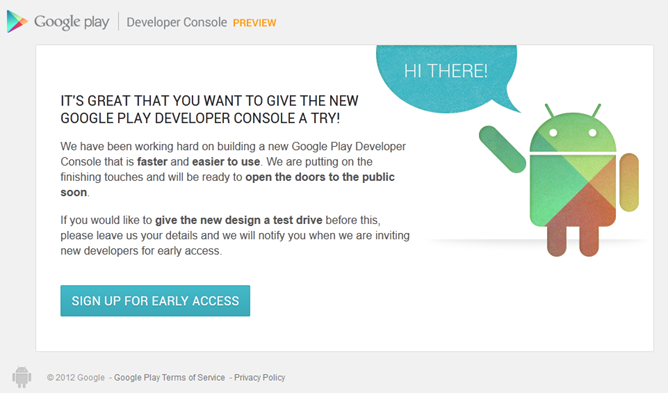