Back at the beginning of May, the DROID Incredible 4G LTE was made official, with Verizon's press release stating that the device would be available in the "coming weeks." Well, it's now July, and it looks like those "coming" eight weeks have finally reached their end - Big Red has at long last announced that the device will go on sale on July 5th, just as expected. 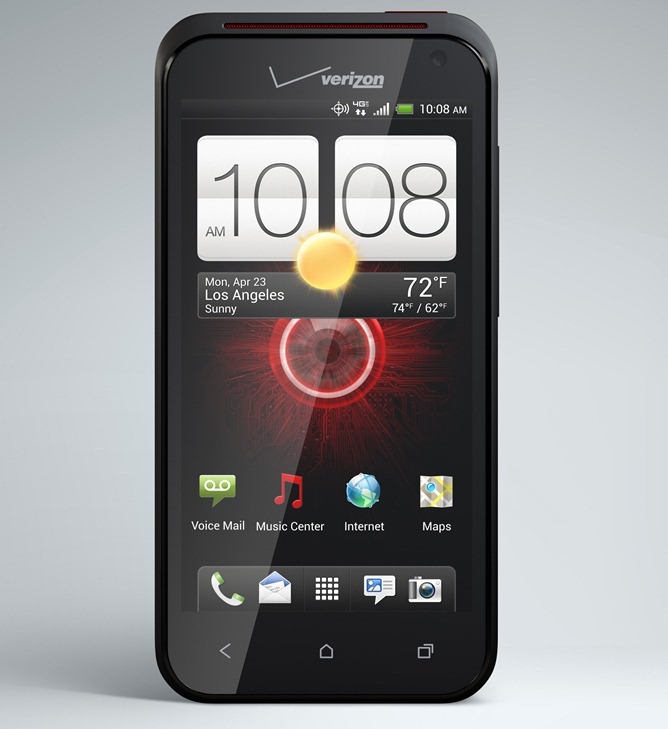 The handset, shown above in all its Sense 4.0 glory, won't exactly be the biggest or most powerful device on the market - its processor is dual-core, and its screen is only a 4-inch qHD model. Here's the spec list:

Not quite as... incredible as we'd like, but hey, to each their own. Once it goes on sale, the Incredible 4G will cost you $149.99 after a $50 mail-in rebate (because who doesn't love those?) and with a two-year contract.

We're sure the press release will be able to make the phone sound a bit more exciting.

BASKING RIDGE, NJ — Announced earlier this year at the International CTIA WIRELESS® 2012 show, the DROID INCREDIBLE 4G LTE by HTC, will be available in Verizon Wireless Communications Stores and online at www.verizonwireless.com starting July 5.  Customers who rely heavily on their mobile devices will find everything they need in the DROID INCREDIBLE 4G LTE by HTC.  Running the latest version HTC Sense® 4, HTC’s branded user experience, integrated with Google’s™ mobile operating system, Android™ 4.0, Ice Cream Sandwich, customers can take advantage of an enhanced mobile experience and enjoy the latest Android features, as well as the power of 4G LTE speeds.

Every aspiring shutterbug will have something to smile about when they experience the amazing 8-megapixel camera with quick activation from the home screen so customers never miss that perfect shot.  Additionally, HTC Video Pic allows customers to simultaneously shoot HD quality video and take pictures at the same time. Uploading photos or videos onto social networking sites or sharing through e-mail takes only seconds with 4G LTE speeds.

The Verizon Wireless 4G LTE network is available in 304 markets across the United States.  In real-world, fully loaded network environments, 4G LTE customers should experience average data rates of 5 to 12 megabits per second (Mbps) on the downlink and 2 to 5 Mbps on the uplink.  When customers travel outside of 4G LTE coverage areas, devices automatically connect to Verizon Wireless’ 3G network, where available, allowing customers to stay connected from coast to coast.

[Weekend Poll] Are You Happy With The Improvements Made In Jelly Bean?