The new version of Android is out, it's real, and yours truly has a (mostly) working copy. That can only mean one thing: Getting To Know Android is back!

The title may not rhyme anymore, but it's still home to the most in-depth look at the next version of Android on the internet. That's right, the world's most OCD changelog is here to point out every polished pixel of Android 4.1: Jelly Bean.

The usual GTKA caveats apply: This is beta code (the Jelly Bean preview from I/O, in fact) and subject to change. Plus I've got it running on a phone it isn't even meant to run on, so we won't be too hard on it. The good news is we aren't messing around with emulators this time. These are real screenshots from a real phone.

First things first: We'll start with the lock screen. All the pictures will be in a "before and after" style, so for now it's Ice Cream Sandwich on top, Jelly Bean on the bottom: 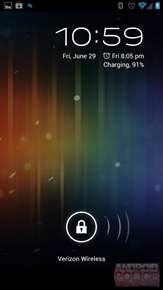 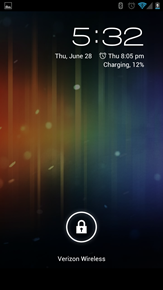 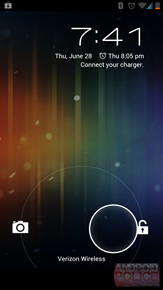 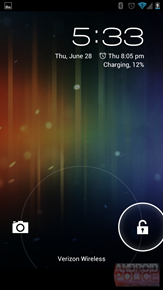 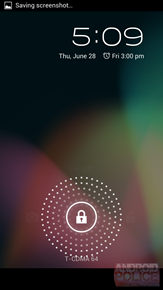 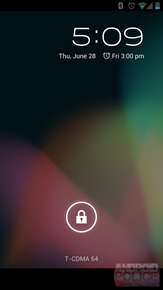 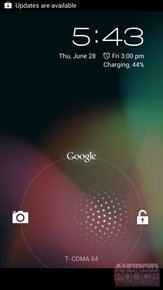 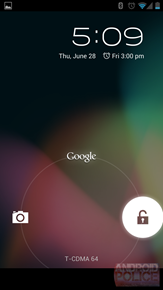 The "ripple" effect is gone from the lock screen. Jelly Bean replaces it with a dotted concentric circle effect that looks quite nice. When you first turn the screen on, the dots "light up" in an outward ripple from the lock circle, like a raindrop hitting a puddle. Tapping anywhere on the screen will cause the dots to ripple outward again. It's a cool little "Hey, put your finger here," effect.

Once you do put your finger there, you'll see the new touch effect. Instead of ICS's hollow ring, your finger "lights up" the static dot pattern as you move around.

They also tweaked the "lock on" effect. When you drag over to an icon you now get an inverted icon with a white circle, and an awesome glow effect (check out the bigger picture).

You also get a new item on the lock ring, a Google logo! You can drag the your finger over it to launch it just like the other icons, it will jump you straight into Google Now, Google's new search/voice assistant/Miss Cleo interface. (More on that in a later episode).

Software Buttons (and whatever else we run into) 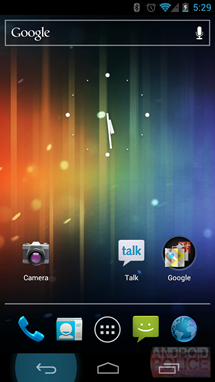 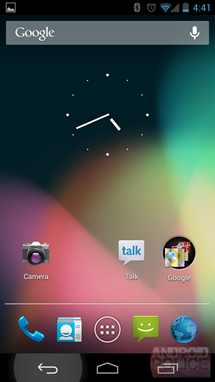 The software buttons got lots of little tweaks. First, we see evidence of our first Jelly Bean design motif (right): Less blue, more gray. Actually "gray" isn't really the right word for it, it's kind of a frosty, transparent white. The search bar gets the frosty white treatment and the button touch effect switches from blue to gray to match. Blue isn't gone totally, but, as we jump around in this series, you'll notice there is significantly less blue in JB than there used to be.

The microphone symbol got a refresh. I'm not too sure about this one, the old icon was unmistakably "a microphone." Now though, things are a little more ambiguous. I don't really have "microphone" jump out at me when I look at that. 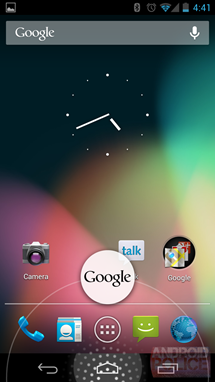 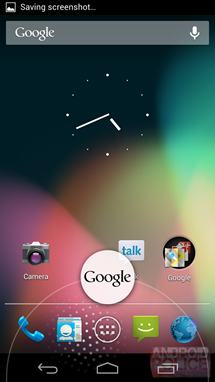 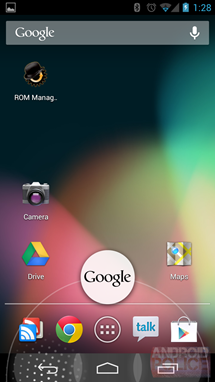 I'll take this as Google's apology to people (namely me) that complained about the removable of easily accessible voice actions when they killed the hardware search button. Apology accepted, but this still doesn't immediately start listening for voice commands, so voice actions are still harder than they used to be.

Oh, and a quick note to any ROM developers out there: I would like the option to stick more apps on this ring. Google's got the center, but how cool would left and right ring shortcuts be? Shortcuts that are accessible from anywhere...

Also - fun fact: The buttons are now multi touch aware (right picture). I have no idea why you'd want that, but it's there now. 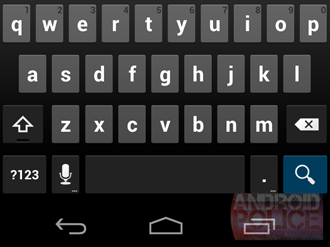 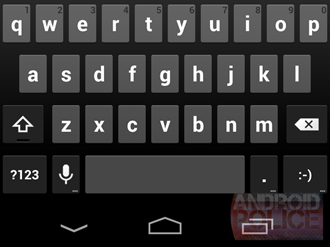 We are also now finally taking advantage of a benefit of software buttons and better communicating what the back button will do. It's a shame this is the only instance, but hey, progress is always good. Here the JB back button (right) is telling us that hitting it won't move us anywhere, it will just close the keyboard. ICS (left) would just show a normal back button.

Next, I would like the back button to have a visual distinction when it will close an app (vs. just going Back within that app), because currently, it's impossible to tell what the heck Back will do at any given moment. Will it go back in this app? Will it go back to the app I just jumped here from? Will it close this app entirely? I never know. No one does. You've got the ability to communicate with software buttons, use it.

We might as well talk about the keyboard design too, since it's here. The microphone key is sporting the fresh, new symbol we saw on the search widget, and the spacebar has betrayed the function keys and joined its alphabetical brethren on the light-gray side (the spacebar is grey now). That just makes more sense.

Turns out I'm not the only one at AP with a preference for pretty pixels: Our fearless leader, Artem, pointed out to me that the Jelly Bean Menu glow really gets his OCD senses tingling. Check it out:

Hmm, yeah, ok, that doesn't seem right. The Menu glow shouldn't be all up in the Recent button's personal space like that. What did it look like in Ice Cream Sandwich?

Well, would you look at that? They broke the menu button glow. In Jelly Bean they just apply the same glow to Menu that the full-sized buttons use, despite it being about half the size of the other buttons.  This looks so wrong. ICS handled this elegantly by using a smaller glow for the smaller button.

Some icons have grown a little since we last saw them. People got its rolodex cards fanned out a little more and as a result is noticeably taller; Gmail is whiter and a pixel or two taller; and Search got a rename to "Google" and has a whole new icon with a bit of a 3D look to it.

The Calendar icon is incredibly ugly now, mostly because it is no longer really calendar-shaped (most calendars are rectangles, not squares, right?) and because the green header is now huge and no longer symmetrical with the calendar days. I get that they wanted to make it taller, but there must have been a better way. The bottom 3d block on February 27th (that's right, February) used hang over the edge of the icon by a pixel, it got chopped off.

News & Weather got a size and resolution bump, you can even read the paper now if you really squint: "New study: News headlines always getting better!" This, the "Lorem Lauren Ipsum" on the People card, and the calendar displaying February will be good if anyone wants to start up an Android trivia game.

At first glance it looks like they were trying to get a little more uniformity going for the icon heights. Consistency! That's good to see.

Don't get your consistency hopes up too much though, the Android Team still doesn't have a detailed oriented guy running around fixing things like this (résumé available upon request). All these icons were redesigned by the Android Team, but not to a standard height (or width, but one thing at a time). I think they just eyeballed them, and the person eyeballing them sucks at eyeballing things. If only there were guidelines for things like this. 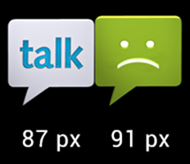 While I'm complaining about icons, I should mention that they still didn't get rid of the top-heavy "speech bubble" icons for Talk and Messaging (and Voice). While this is technically correct (Talk and Play Store are the same size), it doesn't pass the eyeball test. The speech bubbles look way out of scale and too tall when compared to a bottom heavy icon like the Play Store. This looks like someone screwed up, and that's what's important.

And no, it's not your imagination, Talk and Messaging still aren't the same height, (Again, I'm for hire) even though they are the exact same shape. Bonus fail points for that one, guys.

Of course, the best way to fix this is to not have Talk and Messaging exist anymore, and merge Talk, Voice, Messaging, G+ Messenger, and G+ Hangouts. Do that. No one wants 5 chat programs.

That's it for now. Be sure to tune in next time! We'll be taking at look at the fancy new notifications.