Looking to address these issues, Google did a bit of tweaking to Jelly Bean's Face Unlock. Namely, FU now features a "Liveness check" option which, as the name suggests, makes sure you're a real, live person before unlocking your device. It does this by asking the user to blink during facial recognition. As we all know, photos can't blink, so in theory this should enhance the practical security of Face Unlock. 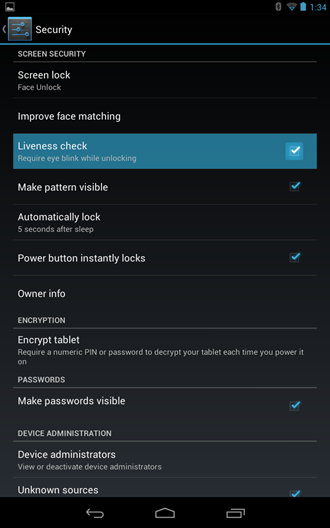 Jelly Bean's Face Unlock will also lock users out if facial recognition is failed too many times in a row. Once this happens, the user cannot get back to Face Unlock by simply hitting the power button a couple of times – instead, the user must complete the alternate unlock method they selected when setting up FU. 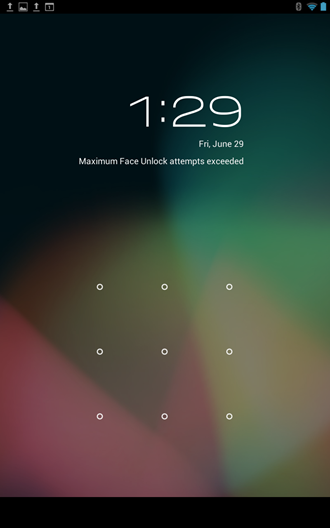 With these tweaks, Face Unlock should be a bit more secure, though the "liveness check" feature reportedly reduces FU's quickness and accuracy, probably because it has to find a set of eyes and detect a blink on top of looking at the rest of your face.

Those lucky enough to be running Jelly Bean need only set up Face Unlock as usual and check the "Liveness check" box at the end to make FU just that much more secure.