The Android developers' tools team, headed by the usual suspects Xavier Ducrohet and Tor Norbye, led a session at I/O 2012 today dedicated to improvements and new features coming to the tools devs use to make apps - ADT for Eclipse and SDK Tools.

Everything they showed took around an hour of nonstop talking, arm flailing, and cracking jokes about the French, but among all the new goodies one prominently stood out - multi-configuration editing. The developer in me got incredibly excited and wished this tool was available years ago, because the potential time savings it brings are immense.

Basically, multi-configuration editing is a way to visualize your layout on multiple configurations at once. Think different screen sizes, densities, locales, orientations, and combinations thereof - all on one screen, updating in realtime. In one example, a button overflowed an extra line in certain locales and immediately stood out from the pack. This is priceless stuff - it's developer gold. 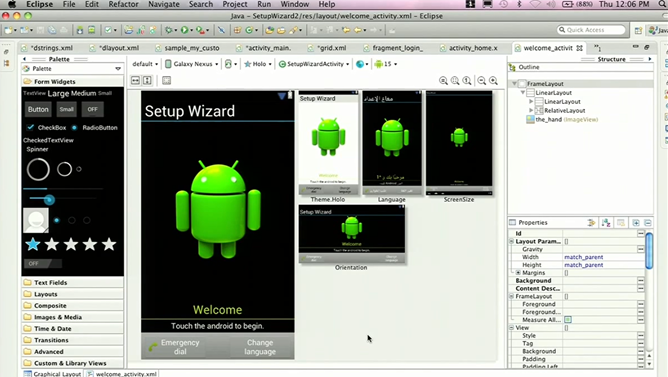 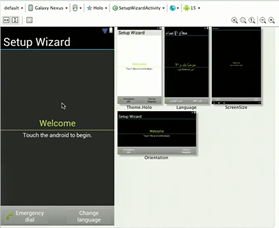 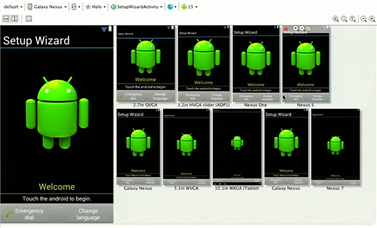 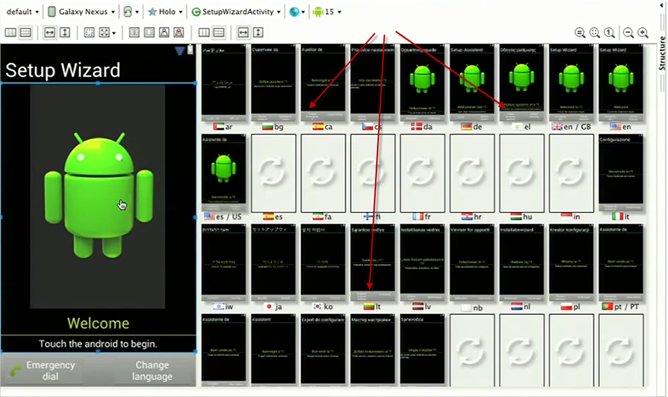 Amazing stuff to help deal with development for all kinds of variations of Android devices, isn't it?

Watch the replay starting around 20m25s for multi-configuration editing along with other incredible developer features coming soon: