Google Now is a feature we've been eagerly anticipating for what seems like forever now. In fact, we've been seeing hints at something like it since 2010. When Apple announced Siri last year, an official counterpart from Google became not only inevitable, but necessary - iOS' speech service provided direct Apple competition to Google's mobile search engine. Today, in one of the most notable announcements at I/O, the Big G made official its answer to Siri: the aforementioned Google Now. 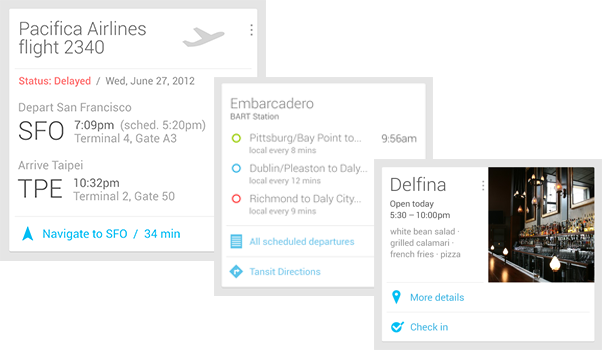 Google Now uses actions you've performed on your phone in the past (i.e. your locations, calendar appointments, search queries, etc.) to form an idea of your general interests and habits. It then uses this idea to assist you in various ways via helpful little clips of info called "cards." 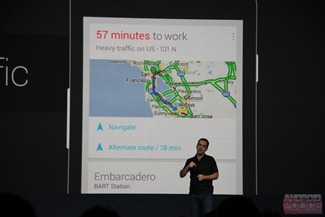 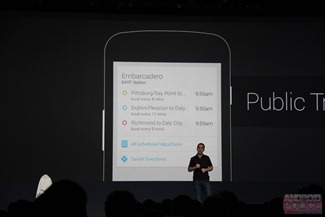 For instance, as seen in the first photo above, Now can use your location to find out what the traffic is like around you - but it doesn't stop there; using this info, your phone will estimate how long it will take you to reach your destination, and will also find alternate (sometimes shorter) routes which are accompanied by similar estimates. Moreover, if you'd prefer to use public transit, Google Now is still perfectly equipped to assist you - the service can also use your location to find buses and trains near you, in addition to showing you when the next bus / train leaves. 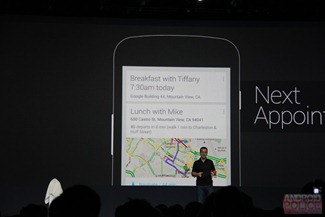 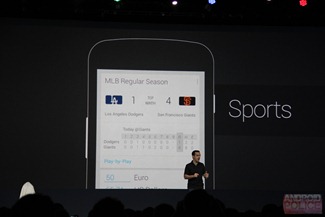 But Google Now can do much more than just location-based services; it's also capable of keeping track of your calendar appointments and reporting on the latest in sports, as you can see above. The latter capability is of particular interest to me, as Now reports only on your favorite sports teams. How? It remembers sports-related search queries you've made in the past, and uses these to determine which teams you follow.

Of course, there are countless more Google Now features - just have a look at these pictures from the keynote:

From what we can see, Now cards come up automatically throughout the day, but you can also call them up from the search box or by swiping up from the bottom of the screen; hopefully, you'll also be able to get to it by speaking. If Apple wants Siri to remain competitive, it had better take a second look at this Jelly Bean addition - NOW!

Chrome For Android Is Out Of Beta, Brings The Usual Performance And Stability Fixes