Perhaps the most notable change is that users can now pinch the screen while in the camera app to reveal a side-by-side view of the camera and gallery photos, allowing for quick(er) access to recently taken photos. While in this view, users can tap to share photos, or simply slide them out of view to delete (don't worry though – this is an undo-able action). 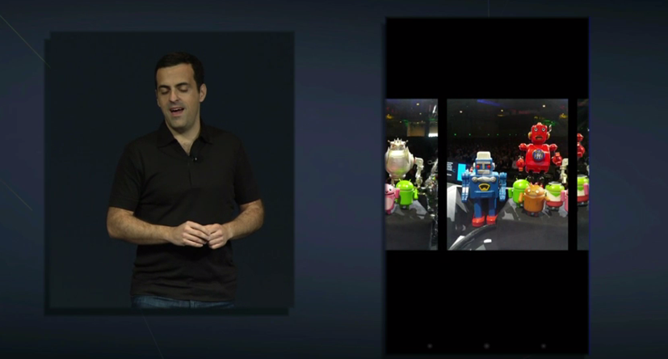 While these may sound like minor design/functionality tweaks, they – when taken with today's other revelations – certainly enhance the overall usability and productivity of the app, and by extension, Android as a whole.

[Updated: Videos] Stuntmen Just Jumped Out Of An Airplane, Biked Across Rooftops And Rappelled ...

Jelly Bean Feature Closer Look: Google Now Can Assist You With Everything From Traffic To ...