There were several new announcements today for the Play Store at Google's I/O keynote, which included the arrival of new content. As previously expected, the Play Store now offers TV Shows, magazine subscriptions, and movie purchases.

First off, let's take a look at TV Shows. This is one thing that the Play Store has been missing since day one, so it's nice to see it finally show up. After spending a few minutes looking through the titles, it looks like Google stocked it up with quite a bit of good content. Best of all, once you buy it, it's yours forever. That's fantastic for anyone who likes to keep certain shows or entire seasons on-hand for watching during downtime.

Most shows cost around two bucks a piece, with full seasons costing around $23. Not bad, Google. Not bad at all. 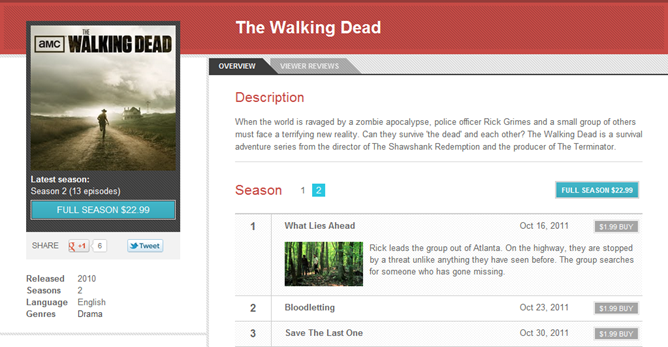 You can also purchase movies now, which is a change from the previous rental-only strategy. And since it's stored in your Google Cloud, it's available on any of your Android devices, at any time. 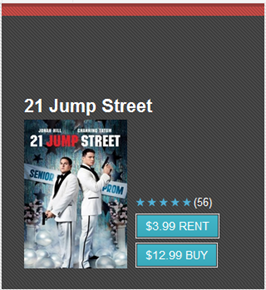 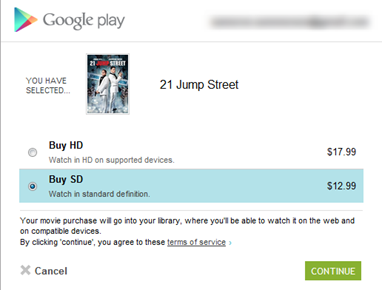 Also new to the Play Store is an addition that I think will be invaluable: magazines. You can purchase magazines in one of three ways: buy the current issue, a monthly subscription, or yearly subscription. The current subscription price is similar to what you'll currently find on newsstands; for example, the current issue of Maximum PC (one of my favorite computer magazines) is around $8. In stores, you'll pay around $12 or $13. However, you can get a subscription for only $1 per month or $11 for a full year! That's some serious savings! 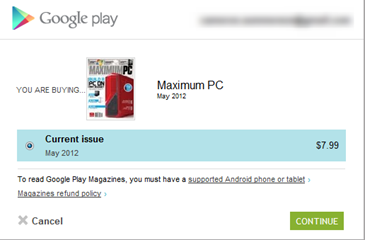 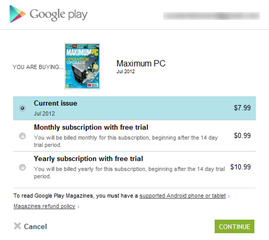 Once you buy a magazine, you'll need the Play Magazines app to read it.

There's a whole new world out there for you to explore - go! Check out all the awesome new things that Google is doing with the Store!