The variety of software that I've had installed on my different Windows computers over the past decade and a half has changed dramatically throughout time. However, there is one piece of software that I have had on every PC I've ever owned: Winamp. I first used Winamp at version 1, and have just stuck with it ever since; no matter how many other media players I tried, I always went back to Winamp. It works, is lightweight, and is stable as a rock.

Back in October of '11, Winamp made the jump from Windows-only to Android. The Android app proved to be just as awesome as its desktop counterpart, offer just as many kick-ass features, and it just keeps getting better. Today, the Winamp team has introduced yet another new feature to the Android application to celebrate Winamp's 15-year anniversary: the In-App Store and Album Washer. 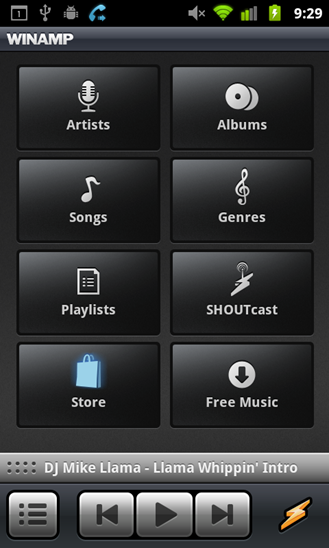 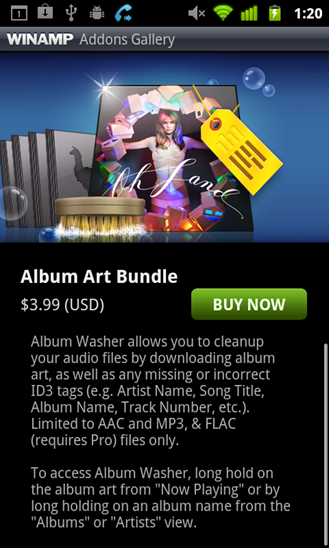 The In-App Store is a place to, you guessed it, buy Winamp add-ons from directly within the app. What kind of add-ons, you ask? How about the new Album Washer? That's a fancy piece of software gadgetry that will make sure all of your music is correctly tagged and has correct album art. And, for a limited time, you can get it for $0.99 (normally $3.99). Then you'll have a squeaky-clean music collection, and cleanliness is next to godliness.