Google I/O is coming and we already expect a bevy of Android related announcements. Furthermore, rumours of a Google-branded Android tablet have been swirling around for some time now, and last month a benchmark report indicated that the 7-inch tablet would be manufactured by Asus.

According to a leaked internal training document, recently uncovered by Gizmodo Australia, the Google tablet will indeed be manufactured by Asus and will feature the following specs: 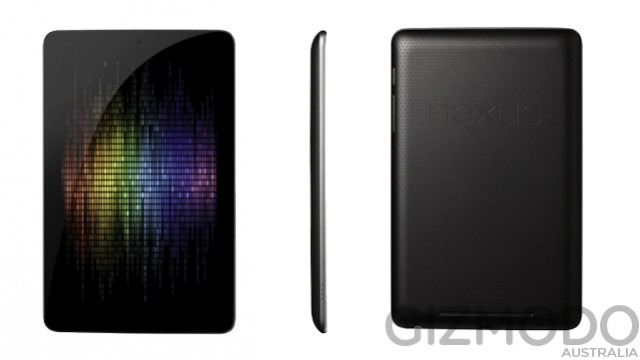 Aside from the specs, which are quite impressive, there are two pieces of news that are especially interesting. Firstly, the cheapest version of the tablet, with 8GB of internal storage, will be priced at just $199. The 16GB version of the tablet will cost $249. These prices put the Nexus 7 in direct competition with the Kindle Fire, while having better hardware.

Secondly, the training document suggests that the Nexus 7 will run Android 4.1 Jelly Bean and that Google will be handling system software updates from now on. This is big news if Google plans on handling software updates for all Android 4.1 Jelly Bean devices, however the leaked documents are not clear on this point. It is more likely that Google will handle the updates for just the Nexus 7 tablet.

Whatever the case may be, the imminent release of a Google-branded tablet comes soon after Apple's iOS 6 reveal and Microsoft's Surface and Windows Phone 8 announcements. It is about time Google took the reins of the floundering Android tablet ecosystem and firmly brought it to heel.

We will have to wait a few more days for Google I/O to find out whether the Nexus 7 is real or just an elaborate fake.