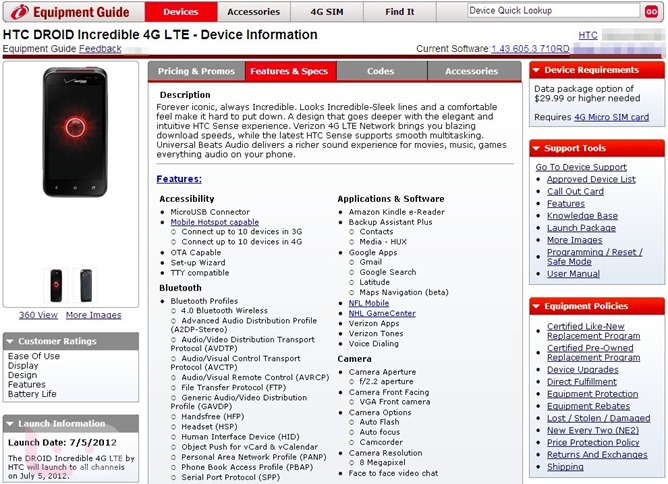 Finally, though, a probably release date has leaked. According to Verizon's internal Equipment Guide, the release date for the Incredible 4G LTE is... July 5th! That's almost eight weeks to the date after Verizon officially announced the device.

There's no word on pricing at this point, but we're fully expecting the device to enter at less than $200 with a two-year agreement; after all, you can score a Galaxy S III for a couple hundred bucks (once it's release anyway), and it will run circles around the Inc 4G LTE.