Platformers have been done to death on mobile devices, but Project 83113 has a unique visual flare and the solid controls to make everyone take note. Project 83113 follows the exploits of Belle, the last hope for victory against the machines. It turns out the secret to defeating a race of evil machines is guns - lots and lots of guns. Luckily, Belle has four arms with which to hold guns. How convenient!

The game isn't about precision like many platformer titles. Instead you use a system of swipes to control Belle's movement, and a lot of it is on autopilot. That's a very low-bandwidth activity, which frees up your brain to tap clusters of enemies to unleash devastating (but pretty) energy blasts. The game gets faster as time goes on, and there are various weapon upgrades that make the action all the more impressive. 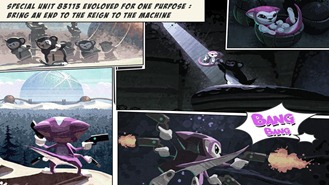 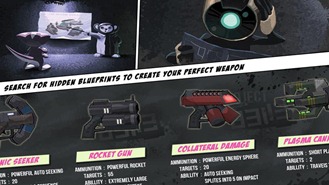 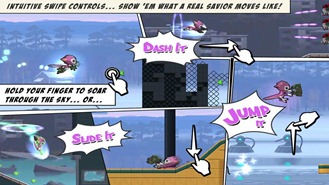 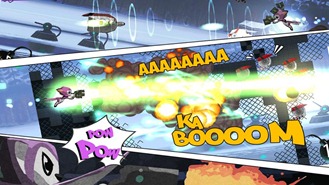 With all the polish on display here, I would have expected to pay a little something for the game. Instead, it's free, but the description claims that is a limited time arrangement. I'm not sure if I believe that seeing as the game makes use of in-app purchases already. You can buy game currency to upgrade your weapons faster than you would otherwise be able to. Even if you don't like the upsell, this game is worth a look.