More interesting than that, however, is that the listing specifically says that the HSPA+ Galaxy Nexus from the Play Store is "soon the first phone" running the new OS. While most major versions of Android are launched alongside flagship devices, this implies that 4.1 will not have it's own new Nexus phone. This lends even more credence to the idea that Google will instead be launching a Nexus tablet at I/O along with Jelly Bean.

Just a few more days until we know more for sure. At this point, though, it's hard to not get excited.

Update: As our own Ron Amadeo has pointed out, there's more to this story. Just prior to the above screen, when confirming your order, the thumbnail photo appears to be of Jelly Bean. The Galaxy Nexus in the image sports a new background, and the search widget appears to be the same frosted white that we'd seen before in screenshots on the Google I/O 2012 app page.

Here's a (marginally) closer look at the image: 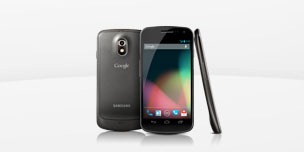 Aside from the frosted white search widget, it looks remarkably similar to ICS, which is good. Now that Android has found a good UI, it's definitely ideal that Google settle in for a while. So, what do you think? Is Google dropping subtle hints? Or are our eyes deceiving us?

Tivo For Android Tablets Officially Available In The Play Store

Google Completely Revamps Android Developers Site, Not So Subtly Nudges Developers To The ...