Google has done a lot to improve the web version of the Play Store since it was launched, but there has always been one major flaw: one-way comments. Users could leave comments about what is good, bad, or broken about an app, but developers had no way to reply to the comments. Ergo, many developers started to include a disclaimer at the bottom of their listings that states they cannot reply to comments, so users should contact them via email with issues.

Now, however, Google is rolling out an update to the Play Store that will change that. Beginning today, developers with a "Top Developer badge" will be able to directly reply to user reviews. As time goes on, this feature will be offered to other developers, as well. 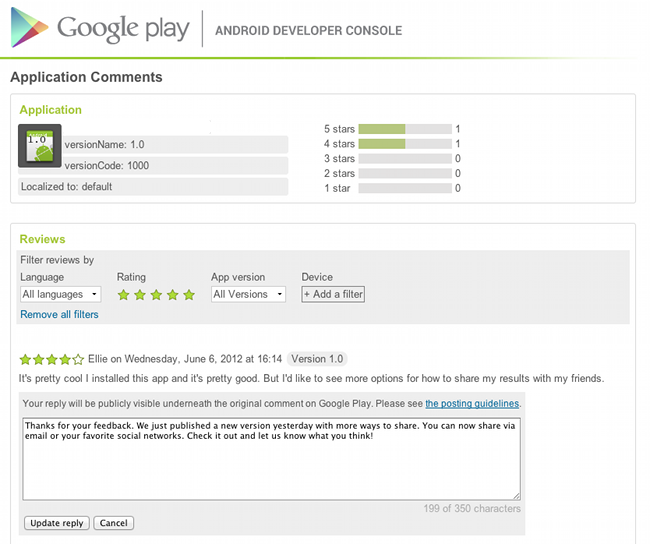 This is fantastic news, and should drastically improve developer-user communication on Android, as well as make it easier for devs to find bugs and improve their product with the help of users.

Ice Cream Sandwich For The Droid Bionic Leaks, Flash At Your Own Risk

Tivo For Android Tablets Officially Available In The Play Store