Google's Android Developer's site got a massive overhaul today, with a brand new UI, tons of new features, and a unified guide for developers on how to design, develop, and distribute their apps all in one place. The new site is fantastic-looking. Clearly Google wants to engage developers more and give them more guidance on how to succeed on the Play Store. So, what say we take a tour?

For anyone who's been kept in the dark, or just doesn't know everything there is to know about Android yet, Google's provided newcomers with a section just to tout the advantages of developing for Android. While it may seem trivial, one of the biggest criticisms of the Play Store has been Google's engagement of the developer community. This is a big deal as Google aims to engage developers more. On one page, Google highlights a Developer Story. This appears to be something that could become an episodic series, telling the story of how developers found success on the Play Store. 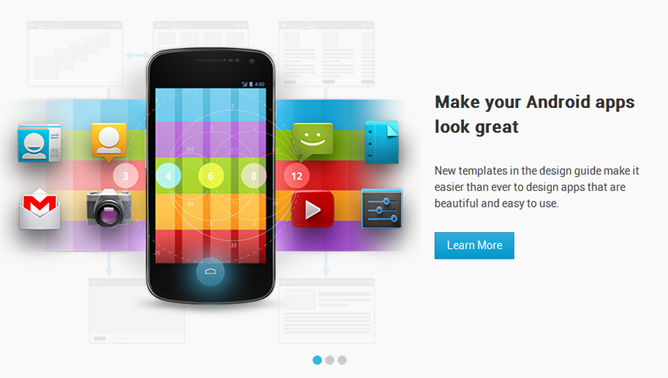 Once a developer is sold on developing for Android, the first of the three major sections is Design. This section will actually look very familiar to anyone who's seen Google's style guidelines. The site has all the previously-established style guides, articles, and downloads. As an extra reminder to developers, there is an Android-styled menu button for navigating to related sites. Nudge nudge, wink wink, know what I mean developers?

The develop section has had more noticeable changes made to it. The whole thing just seems a bit nicer, and it seems the Android team intends to have more in-depth information and instructions. The main page has information on new developer features, such as in-app subscriptions as seen above, to keep developers up-to-date on all the new features.

The site also offers a host of information and video guides and tutorials on how to use all of the tools available to developers. The information covers just about everything a new or experienced developer could need, from creating your first project in Eclipse, to optimizing battery life and and creating backwards-compatible UIS. 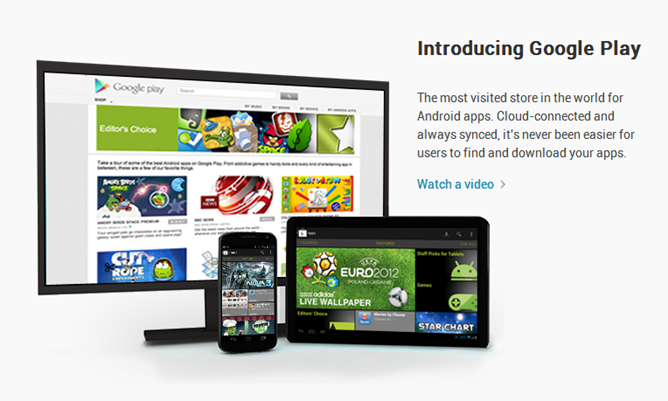 One of the biggest areas that Google can improve on, distribution, has also gotten some special attention paid to it. While Google has gotten better about promoting quality apps in its ecosystem, the company is aiming to give developers the info they need to know where to start. With hundreds of thousands of apps in the Play Store, standing out can be incredibly difficult, even if an app is solid.

The new Distribute section has info on all of the tools that Google offers for keeping up with your app, issuing updates, targeting an app based on local currencies or demographics, and promotion via external sites.

Overall, the new changes make for a much nicer experience as developers research and work on their apps. Google is working on improving its developer communication and support, so hopefully this will raise the quality of apps on the Play Store. If you're a developer, head on over to the site and start exploring.

[Update] The Next Version Of Android Is Confirmed As 4.1 Jelly Bean, Will Be Coming To The ...