Good news for folks who aren't on Sprint, but want to be! (Those exist right?) If you've been eyeballing the Evo LTE as your next phone, you couldn't get it any cheaper than you can now. Amazon Wireless is currently offering the device for $129.99 with a new two-year contract. 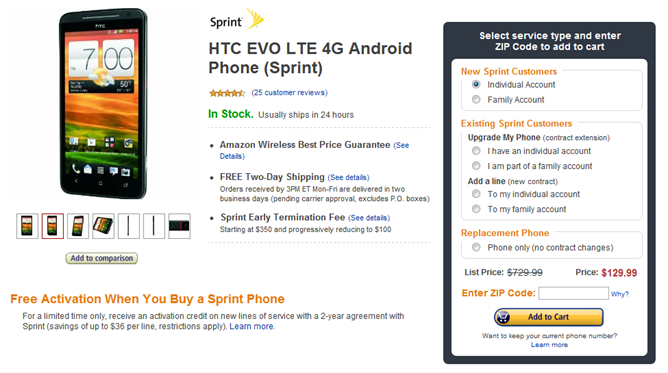 While it sucks a bit for current Sprint customers, upgraders can still get the device for the previously-established $149 price point, saving a bit of money over Sprint's own offerings. The price drop comes right as the Galaxy S III makes its way stateside. We're sure there's no correlation between the two, but this does make the device even more enticing to users looking to switch.

The Galaxy S III Is Officially Available In The U.S. On T-Mobile In Some Areas, Other Carriers ...