And you thought carriers/manufacturers didn't care about their customers! You should be ashamed of yourself! Turns out that carriers actually do care - why else would Big Red be preparing an OTA update for the old school Droid Incredible. Sure, it's far from a major update, but it it something:

It's not much, but there's something to be said about an OTA update coming to a two-year old device. 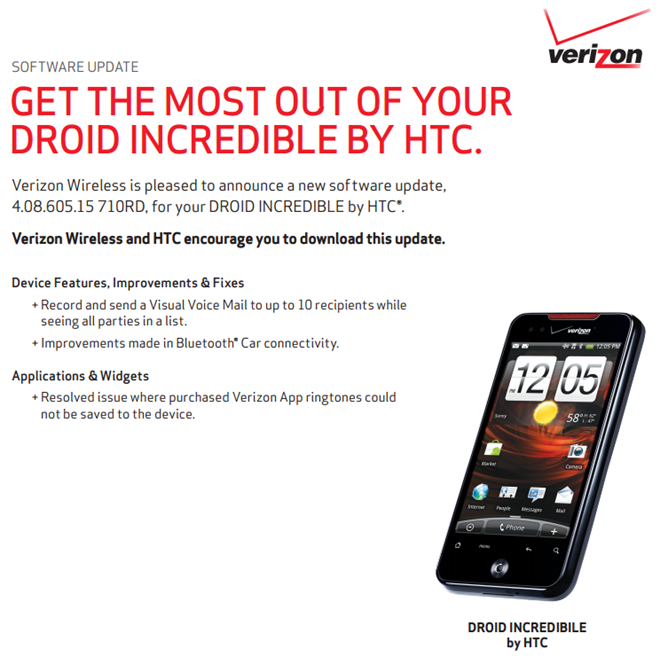