One of the coolest features of Google Maps is the ability to show live traffic patterns on major roadways. Now, Google is rolling out this feature to seven new countries, as well as expanding coverage in 19 others. The new countries in the inner circle are Belarus, Estonia, Latvia, Mexico, Peru, Romania and South Africa. Exciting! 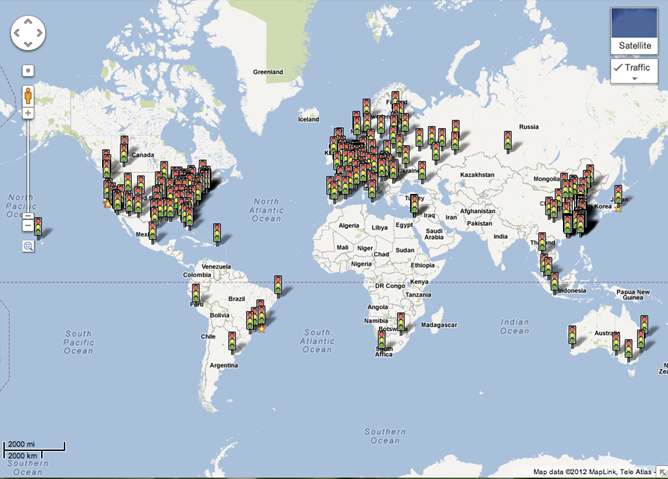 As users of the service are no doubt aware, having your country or city covered doesn't necessarily mean every street is covered. So, Google is expanding to include more of the roads a man must walk down. Here's the full list of expanded territories:

All in all, it's a solid update to a valuable service. The update is available immediately from Google Maps online or via mobile apps.

Alpha Colony: A Tribute To M.U.L.E. Is A Great Example Of Increasing Kickstarter Abuse - And ...